I felt like I stepped into a tavern when I visited The Guild at Keong Saik road. Marble round bar smacked right in the middle with 20 taps no less, high chairs, tiled flooring and polished finishing. This bar brings in independent craft beer from Hong Kong and has an impressive 19 different taps of beer + 1 Gin & Tonic. Chef Vinny Lauria takes charge of the food here and I like the menu does not just restrict to just pub or bar food 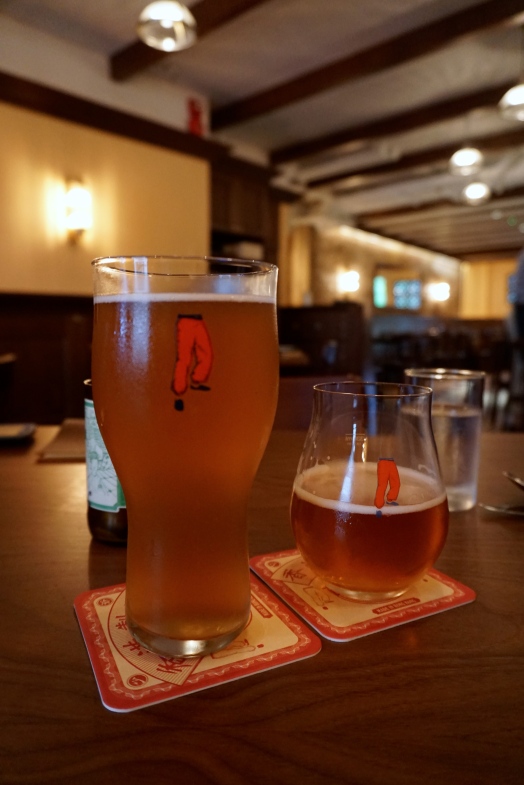 I ordered a cocktail as well, which honestly tasted a little strange to me. Maybe I wasn’t accustomed to such combination

I do enjoy the frog legs quite abit. The frog legs were fried before coated with a sweet sauce which resembled a little of our gong bao chicken. The meat was tender and fell apart easily

Moving on to mains, the staffs were attentive enough to split this into smaller pieces for us. I felt that the chicken was a little too oily and they could add more herbs to give it a more aromatic flavour 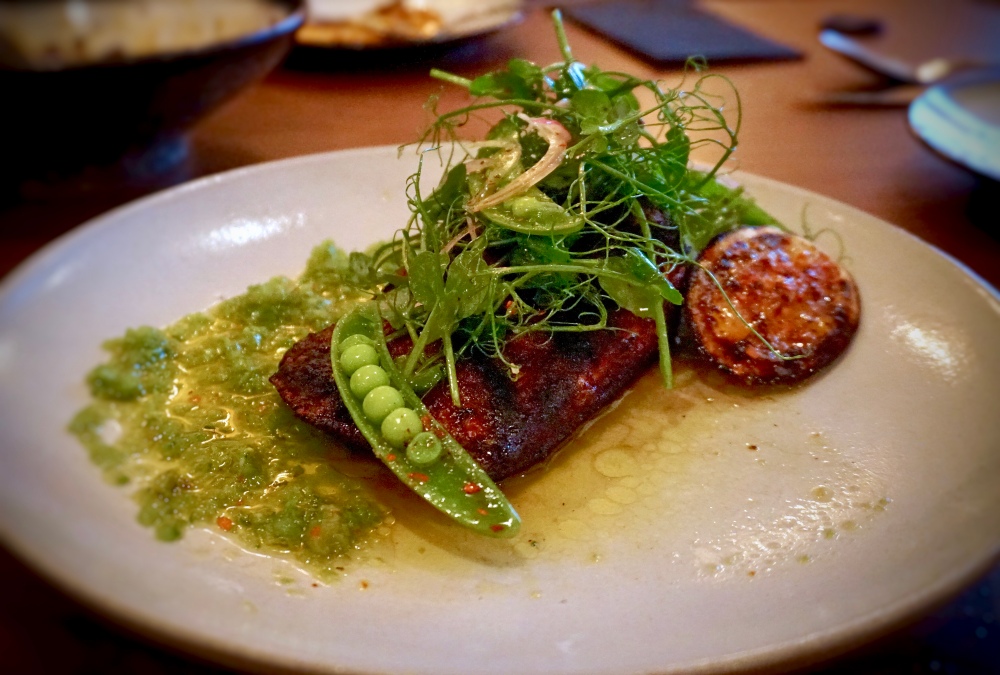 It’s always interesting to try on a different take on local favourites. I felt that the rub could be spicier to give it more oomph and the charred taste can be toned down cos right now I could taste much of the burnt taste. But I like the addition of the snap pea citronette for that earthiness and refreshing flavour 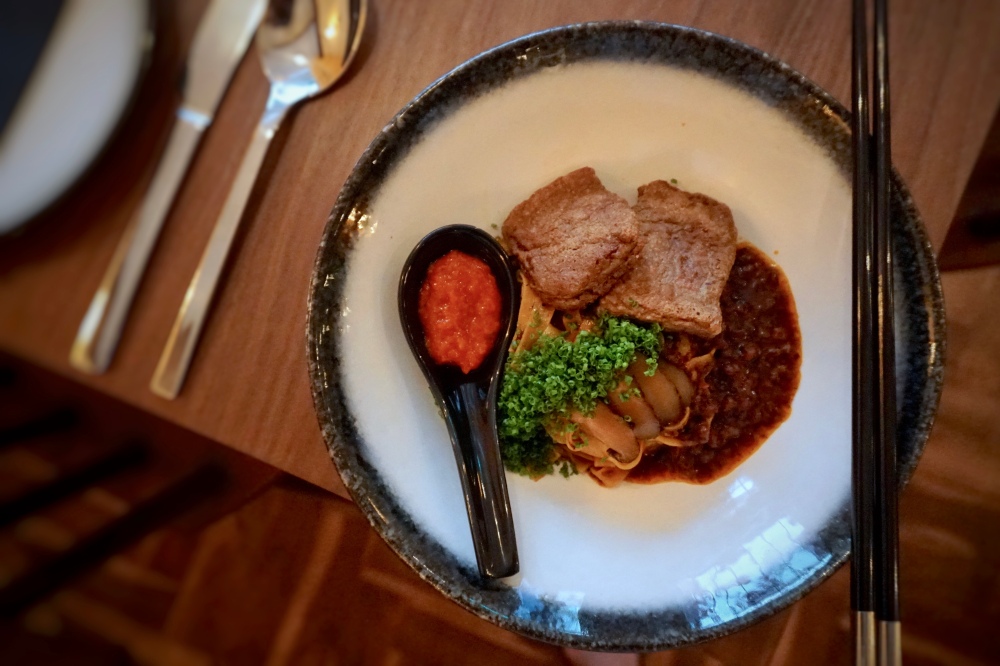 An Italian take on our BCM. I thought the pasta was delicious. It was thin, well made and cooked just right. The pork ragu was good as well but the liver was a little overdone and tasted too raw and livery. If they could replace the liver with something else, like a runny egg or something, perhaps this BCM would be more impressive. And I don’t quite get the chilli – it’s red but nowhere spicy

We got icecream on the house. This buah keluak hits the notes in everyway. In fact, it is so strong it was overpowering which I didn’t quite enjoy it

Overall I thought there were more misses than hits. I like the fusion of Asian flavours in their food here but somehow they could do more to improve on their profile. But if you are a fan of craft beer and looking down to wind down after work, it is still a place you can check out though I personally would have my dinner elsewhere instead since there are a dozen of F&B in the area