Renowned Chef Carles Gaig recently opened his Singapore outlet of his Barcelona restaurant at Stanley street, serving traditional Catalan cuisine. Catalan cuisine is probably not as common in Singapore, so to be able to try the Gaig’s home-styled cooking is not an opportunity to pass on. The interior of the restaurant gave a very homely feeling, which probably wants diners to feel at ease eating, like how they do at their own home. The restaurant was pretty packed on a weekend which proved how popular this place is even in a short span of time

Croquettes to start, we weren’t sure how they would turn out so we ordered the bare minimum. The croquettes had a nice colour to it but the fillings were too mushy for us. Flavour-wise, it was decent but not impactful. We were glad we were not greedy 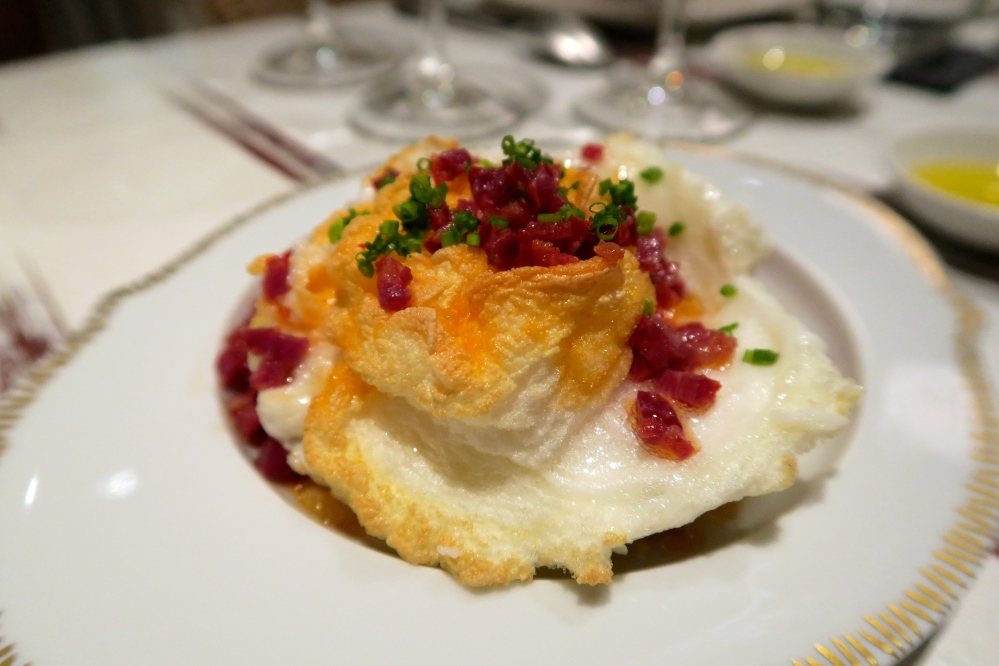 Probably the one that catches our attention the most. The tall, fluffy egg topped with bits of chorizo. Though the friend complained our presentation didn’t look as good as the other tables. I like the texture of the egg being light and airy and the addition of crunchy potatoes

We ordered this not knowing what it is. A mixture of pork and beef packed within a thin layer of cannelloni, you can taste the sweetness of the protein, finished with a creamy white sauce. But the pasta was just a touch overcooked. Sharing among two would be good

If there’s anything I would recommend, it would definitely be this dish. Love the crispiness of the skin to the absolutely tender and moist meat, finished with a sweet and tangy strawberry

The highlight of this dish is the mushroom, a traditional recipe used in many Catalan dishes. I’m not sure if it’s traditionally salty as well, cos it was what we could taste from start to finish. A pity definitely since we did not get to savour the flavours properly. It was just, omg this is really salty every mouthful 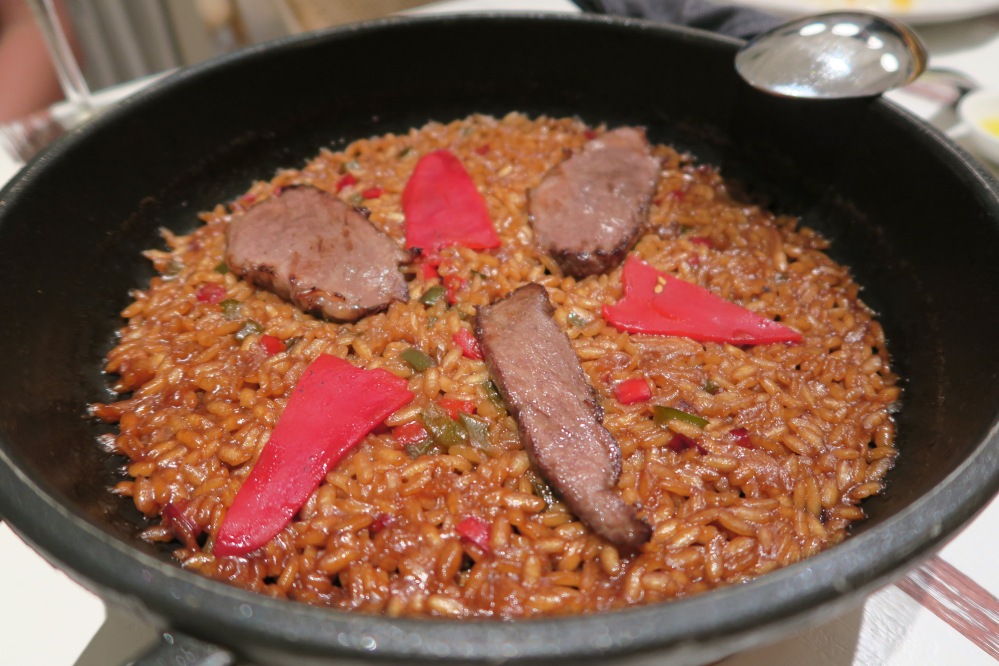 I wasn’t as impressed as I thought I would be. With flavours tend on the saltier side and the meat overcooked, I definitely tasted better paella elsewhere

Ending the night with this cute little souffle icecream. A unique dessert that tasted like icecream with lots of air with a mild orange taste that melts in your mouth, it’s probably something that we don’t see often

I felt like this place has its hits and misses. The food has its highs and lows but I felt they could definitely improve more on their service. And it’s probably one factor that will hinder me from going back. The Singapore outlet is run by Chef Carles Gaig’s daughter, and to be honest, she isn’t at all very friendly. I felt like when you are in a F&B industry, even though the food matters, the whole package is important as well. Or perhaps we just happen to be at the wrong place at the wrong time