We have heard and seen the name appearing many times on social media and glad we could finally get a table one day to enjoy. The restaurant has 2 seatings: 6-6.30pm or the 8-8.30pm slot and we always prefer the later timing cos need to work you know. The interior gave off a casual feel and I like those little cubicles for privacy. Glad we got one on our own so we can have our own conversations 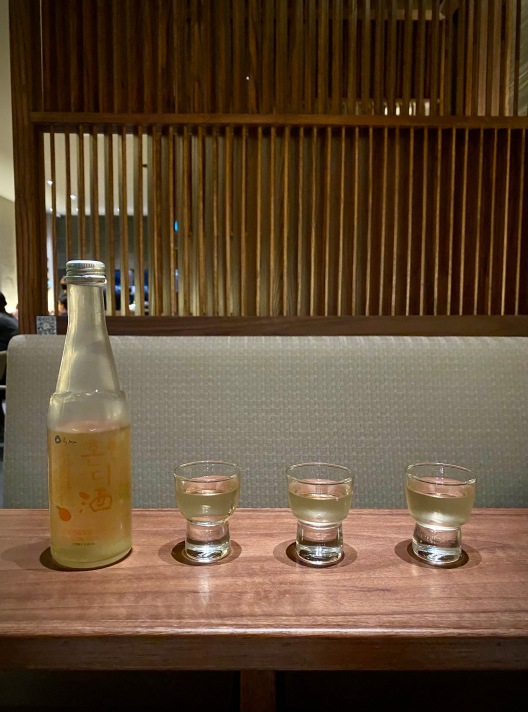 Started off with a light fruit wine recommended by the colleague. The taste of mandarin oranges were not very strong but it has a nice clean finish to it, and we finished this bottle in no time

Started with this beautiful plating of beef tartare and I must say 100 points for visual. I love how they incorporated the puree into this dish which made the dish cohesive in one. Personally, it’s good but not something I will want to have every time I return 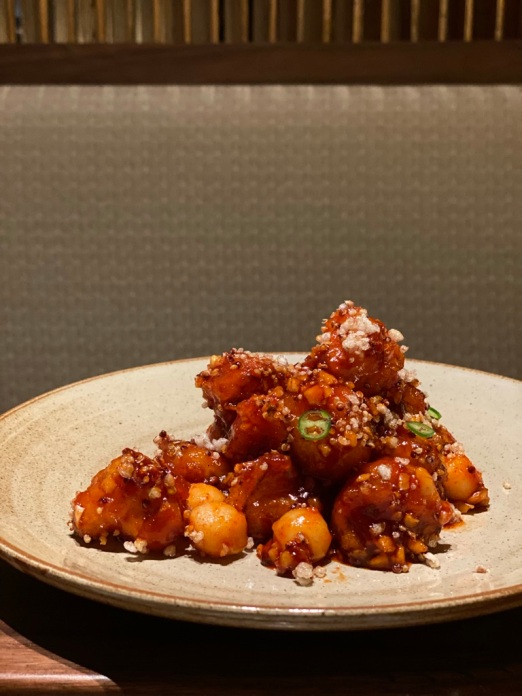 I really wanted to try this even though the 2 friends are not fans of cauliflower. ‘I can try lah’ that’s what they said but after having one bite of this, it became ‘okay I think I can finish this dish’ LOL. I think the thought of creating this dish into something that your brain doesn’t register with was really smart. The taste reminded us of fried chicken but if you were to eat this blindfolded, you probably thought it was potatoes. Definitely a must order 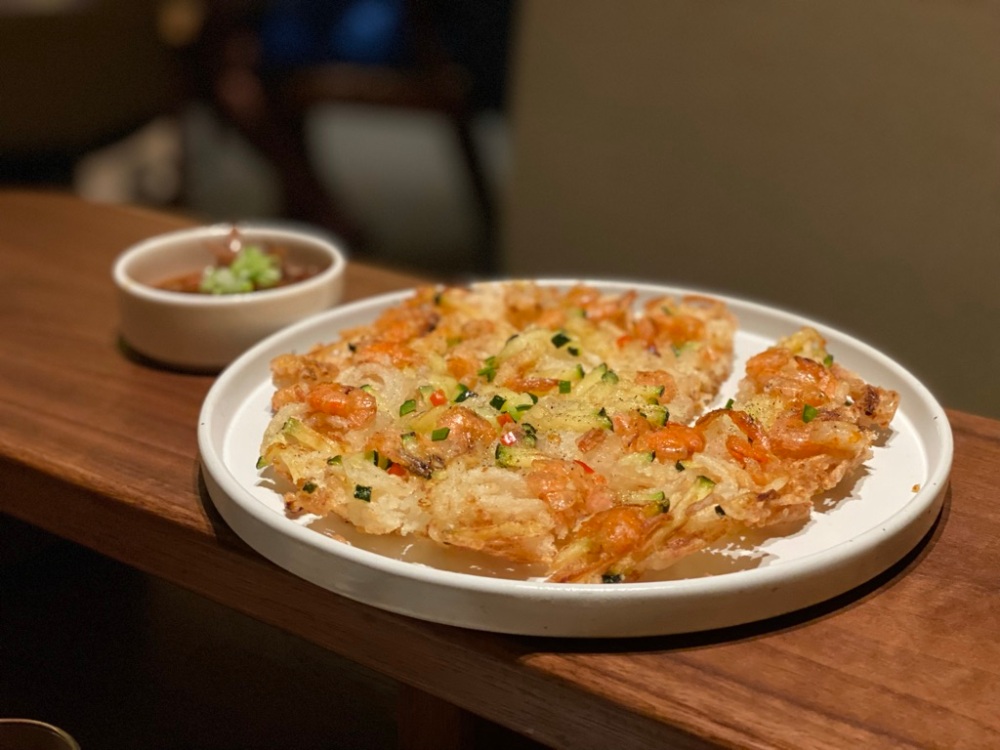 Done really well without being too heavy. It’s different from your usual pancake where the batter would usually be heavier. But this was light and crisp and the pairing with the onion pickle was nice to go along

The friends decided on the mains. Even though I’m not a fan of pork belly in general, this dish blew us away from the grill to the texture to the flavour. Eat this with the ssam and  you will be able to finish the entire plate

Really good. Beef so tender, flavourful with a sweet and hearty broth. Eat this with a bowl of rice and your life is complete

We went on to order our second wine and decided on the apple wine with ABV 16%. The staff was so humorous. She told us to drink slowly (for the fear we would get drunk) and the friend was like.. we not that young you know. lol

This had an interesting texture. I don’t know how to put it in words. It’s jelly-like but yet on the chewy side. It had a faint taste of makgeolli but I thought having the drink would definitely be better

They said this dessert is their experimental dish. We told them they should start experimenting other desserts. lol. This was an acquired taste. One friend acquired the taste, the rest of us didn’t HA. We felt that as a whole, the taste didn’t quite come together. The friend thought the bread was strange. I find the icecream too overpowering

Despite a little setback in the desserts, it was still a good meal. So much that we have booked the next visit. I enjoyed their take on Korean classics and especially so for those who don’t like the traditional Korean cuisines. Definitely one worth exploring and returning for the near future