Never realised the existence of this place until I was googling for places that opened for Sunday dinner. And it was an interesting find given Kamoshita specialises in oden which is rarely heard of in Singapore. Located at Neil road which is closer to the Maxwell Hawker end, the restaurant was packed with Japanese all night which makes it seems like these regulars had been visiting for quite awhile

Greeted by bottles of sake

There are counter and table seats and I would always go for the former. I was telling the friend it somehow reminded me of izakaya in Japan, but without the smoke and high ceilings and very loud noises 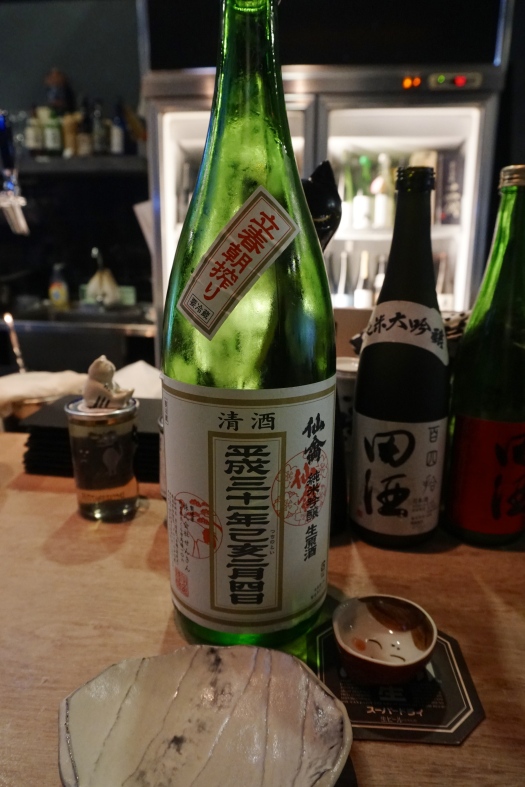 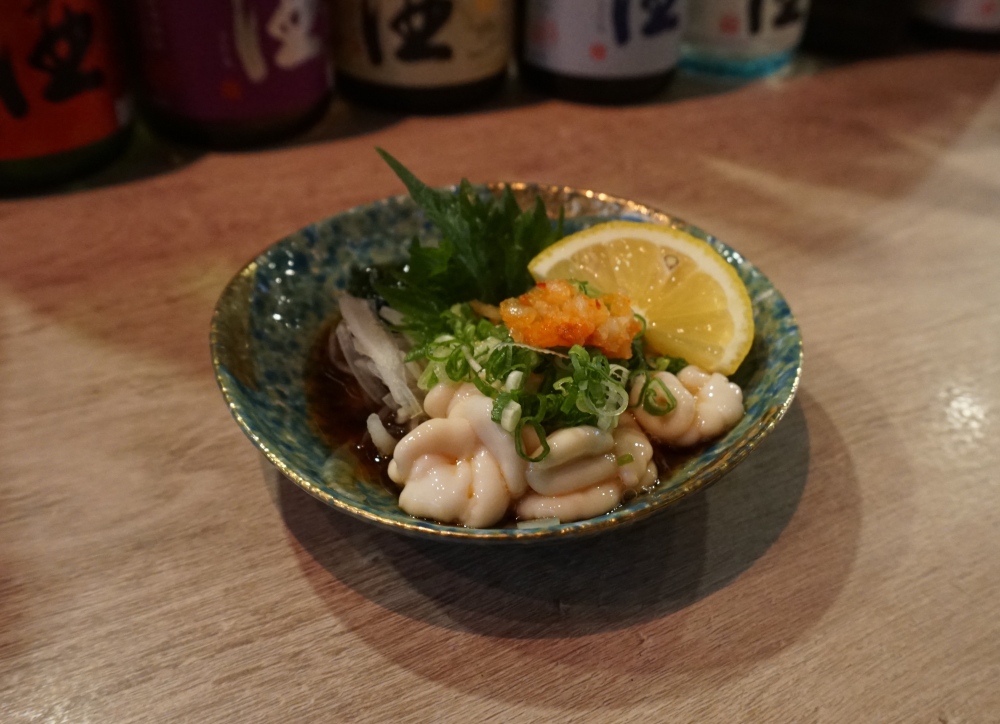 It probably isn’t easy to find good cod roe in Singapore but these cod roe were really good. Probably don’t mind another portion of it

Monkfish Liver! A little salty but it goes really well with the crackers as a snack to start with 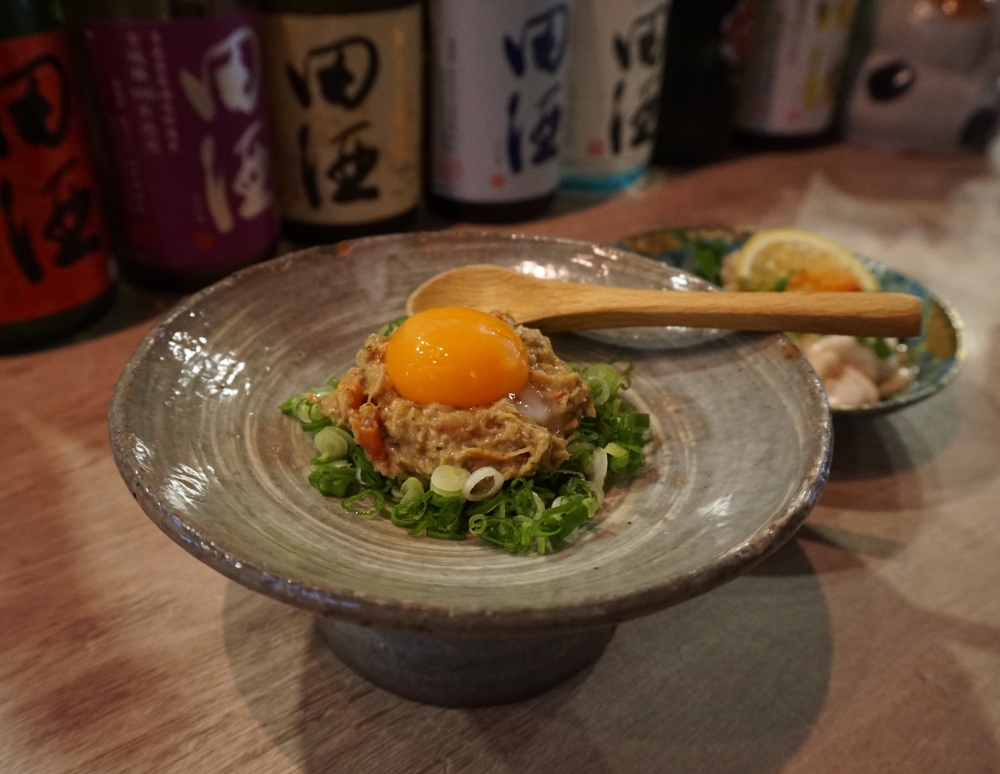 Thought this was a good appetiser to start as well. The sweetness of the crab meat comes through with the mix of the egg yolk

I found nothing special in this dish, except it was really salty 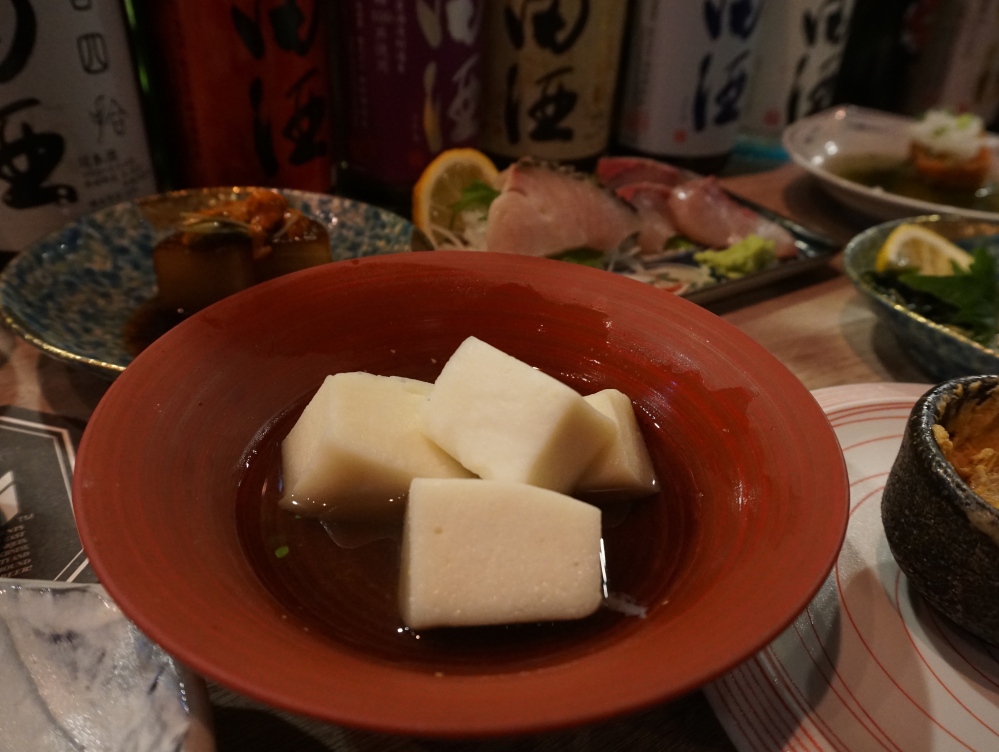 It would be really weird if we never try anything from their oden list. So we have these fishcakes that were so silky smooth and soft to chew that it’s probably worth ordering another potion of it 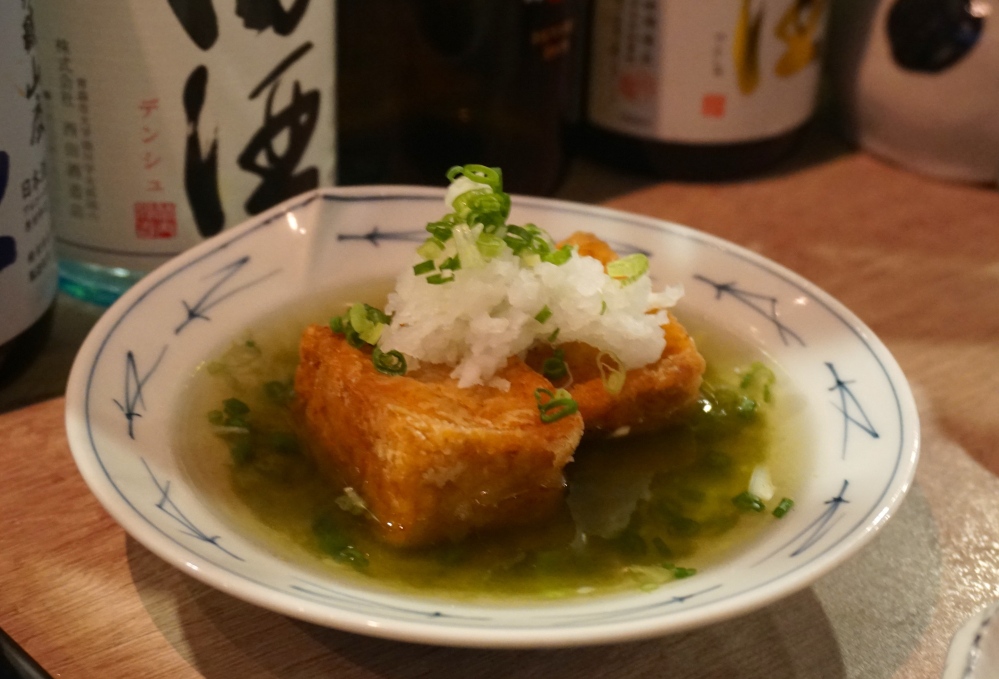 Something different which I thought tasted quite decent as well

I have to admit, I only read the first 5 words: Ham Cutlet stuffed with Sake. So when I tasted it, I was like ohmygod.. the cheese is really strong. HA

Unfortunately, you can give this dish a miss 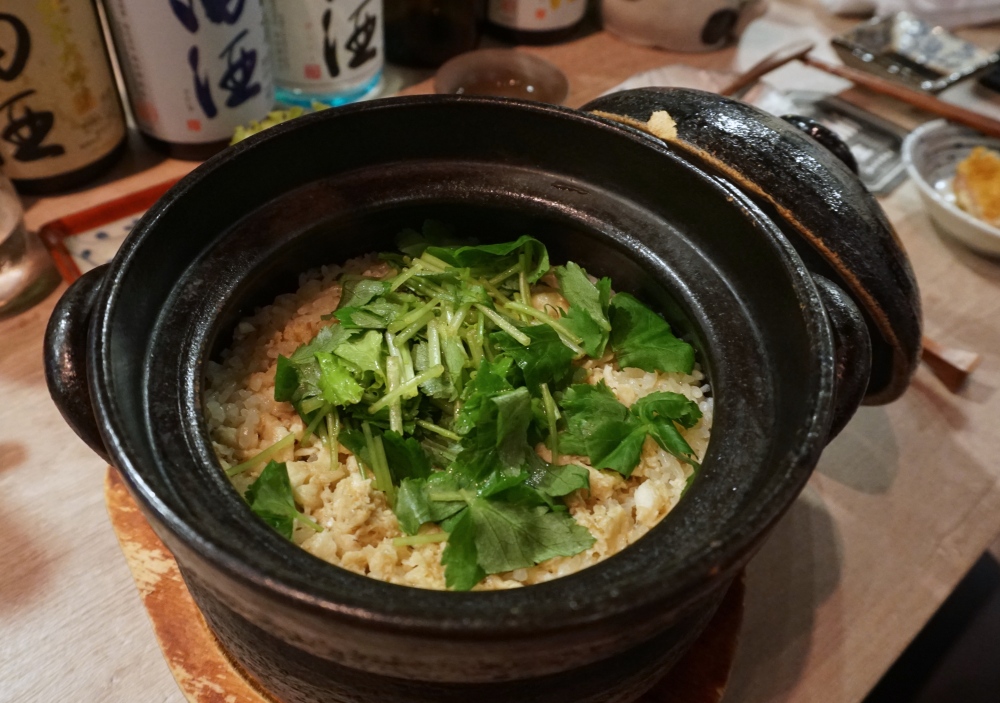 Was deciding the kaisen don and this and the friend decided to go for this. It was a huge pot. In fact, so huge that we have to packet the unfinished rice back

The rice was loosely cooked and infused with the freshness of the sea bream. Might be a little salty but I thought the dish as a whole works really well. Especially so with the soup that came along

And of course ending with another carafe of sake

I really like oden. It’s the kind of food that is very comforting to eat. The oden served here is really decent, and the broth was delightful. I would probably go more for the ‘Today’s Special’ the next time round. They also have an omakase menu but I think it’s more worthwhile to go ala-carte