WordPress has a new format, and I cannot get used to it. I hate it whenever they have a new format. Just as when I was getting used to the old one, and they came out with a new one 😦 老人家 not so IT savvy you know

Anyways, brought the friend to try Maggie Joan’s which was opened by the same people behind Moosehead Kitchen & Bar. I’ve never tried Moosehead but since Maggie Joan’s was listed on CNN’S 11 best new restaurants of 2015, I decided to give it a try. This restaurant serves Mediterranean-inspired cuisine and even though the location was stated at Amoy street, you have to enter through the back alley to get into the restaurant. Plus point for places with hint of secrecy

That brown door is the key to their wonderful food 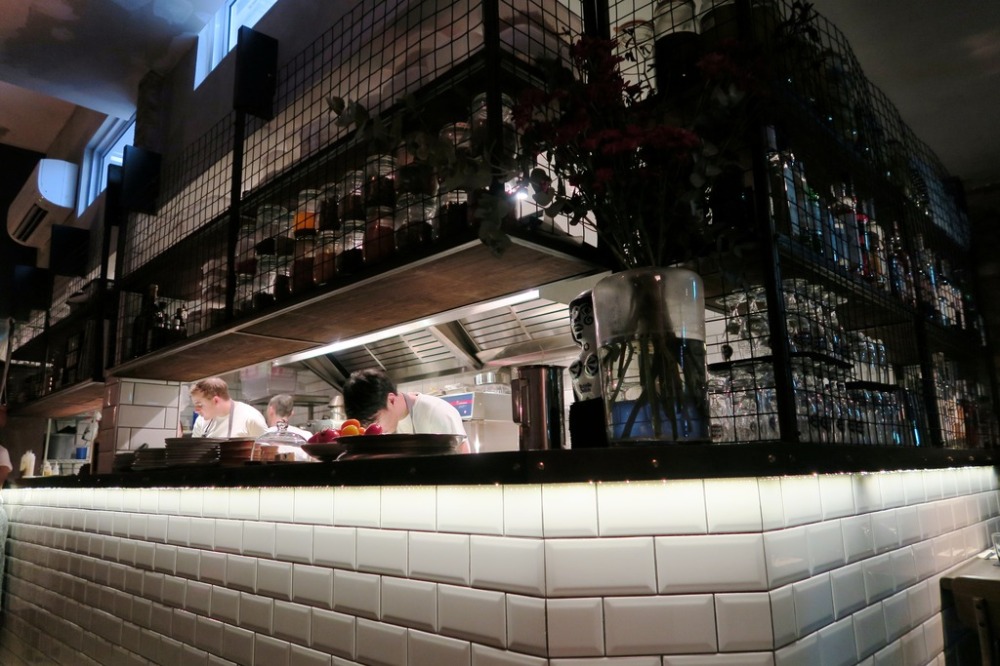 The bread was warm and soft, infused with the beautiful aroma of garlic and rosemary that leave your wanting for more. The hummus was interesting but I thought you can have the bread as it is 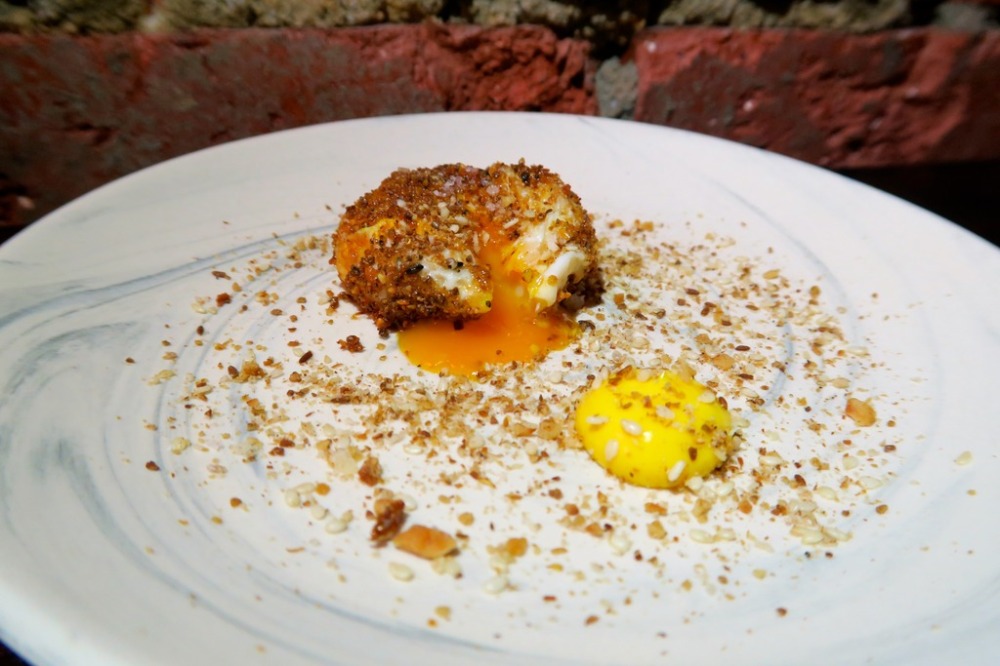 A fried egg with a poached egg inside though we didn’t quite get the saffron mayo part. It felt like there was no impact

The Iberico pork was really tender, so much it didn’t feel like eating pork. I like the combination of prunes to give that sweetness and the smoothly blended cauliflower was a delight

The sides was a little too chewy but the middle portion was awesome. You can taste the wonderful steak taste and every bite was tender and juicy, with an aftertaste a little salty with the salt sprinkled on top

A visually appealing dessert. A combination of really sweet white chocolate (for those sweet tooth in you) and the edgy crumble with a hint of spice. I like how the passionfruit round off everything to give that balanced flavour

There was hits and misses, but I thought it was a pretty decent place at a convenient location serving a rather different cuisine. For those who are looking for something exciting with a place of secrecy, you know where to hit next