The friend gave me a heart attack by changing dates last minute so I had to scramble to find a new place to dine at. And with limited seating capacities, one knows how difficult to book restaurants these days. I chanced upon Butcher’s  Block from a friend’s IG and thought it was worth giving a try. The place located on the 2nd floor of Raffles Arcade is a beautiful space. Tastefully done up with dim lightings for a cozy and relaxed atmosphere, it was pretty crowded when we went but the tables were distanced wide enough for space and privacy 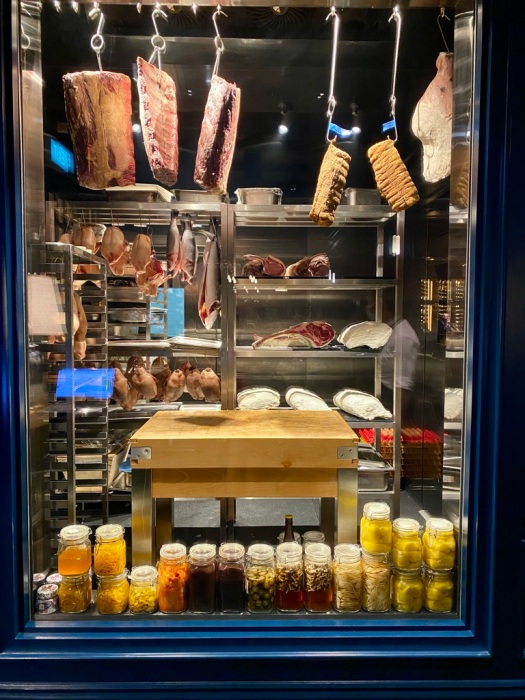 The staff showed me around the restaurant, introducing The Meat Room where they aged all their meats

And also their open kitchen concept with Chef de Cuisine Jordan Keao in there. Yes, he said hello to me as well

We were recommended to take the Tour De Force menu ($218) since we were visiting for the first time so that we were able to try all their signatures, so that’s our menu for the evening! They do have an ala carte menu as well for those who are interested

The sourdough was really sour but it did go very well with the spread. The Hokkaido milk bread was really soft with a nice milky taste and dusted with a little salt for a balanced taste. I wished they had served the bread warm. It would have been perfect

Next 3 dishes were a series of starters. Starting with wagyu tartare, the tendon puff was executed really nicely. It was a little salty but not overpowering yet when you eat it together with the sweet tartare and finishing off with the caviar was an explosion of flavours 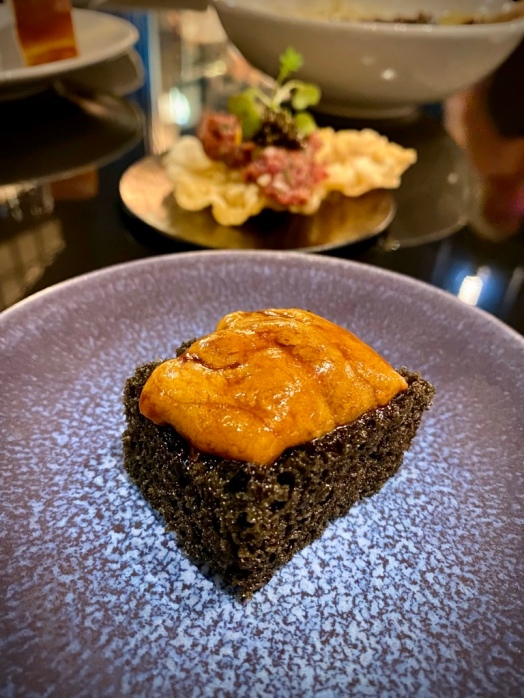 Was blown away by this dish. Served on top a charcoal bread, the bread had a crisp light texture, glazed with a sweet creamy uni and a little yuzu kosho to round it off

I said the corn surprised us in many ways. A simple dish with not so simple flavours. Dusted with preserved black beans, the outer layer was a crusty-like texture as though you were eating fried corn bits but what you find on the inside was a smooth and soft baby corn 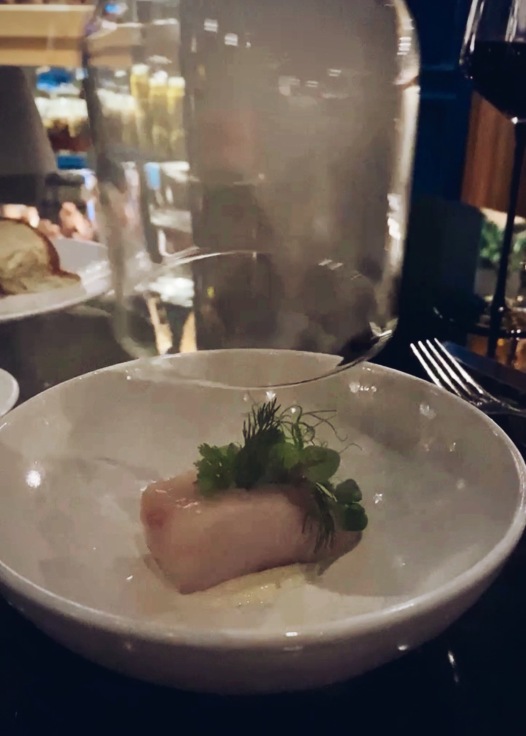 And for an insta-story moment

The friend said this smelled like cigar. The smokiness is so intense yet so alluring. You can taste the smokiness in the dashi stock but still taste the freshness of the fish

The smoked egg added layers of flavour to the tender and sweet wagyu slices, so when you take everything in one bite, everything comes together really nicely 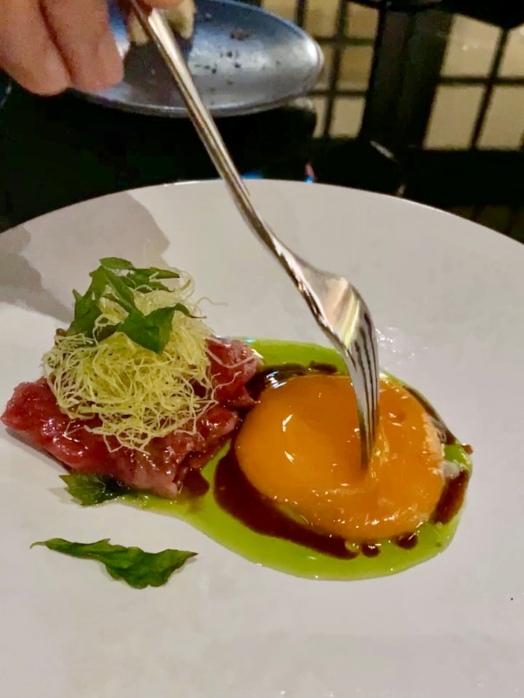 I think this dish stole our heart. The aged duck though a little salty but it was packed with intensity. Cooked well with a nice crisp skin and dusted with a little salt to finish it off 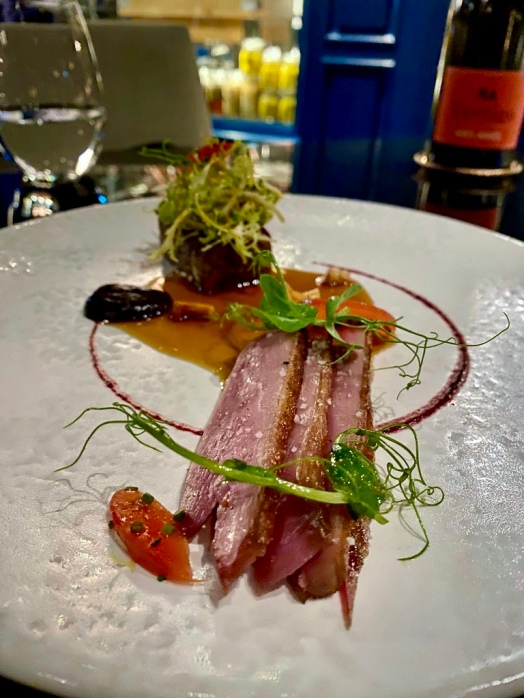 I thought they had served a risotto-like dish. This just looked too pretty and tasted quite interesting and flavours are a little on the heavier end. You can taste the slight grill in the mussels with a deep intense oyster cream but I thought what made it so good was the rice puffs. So smart to put those in there for that texture and flavour

The last protein on the course was the tenderloin. And as the name suggested, it was really tender. lol. But we were struggling at this point cos it was just too much food 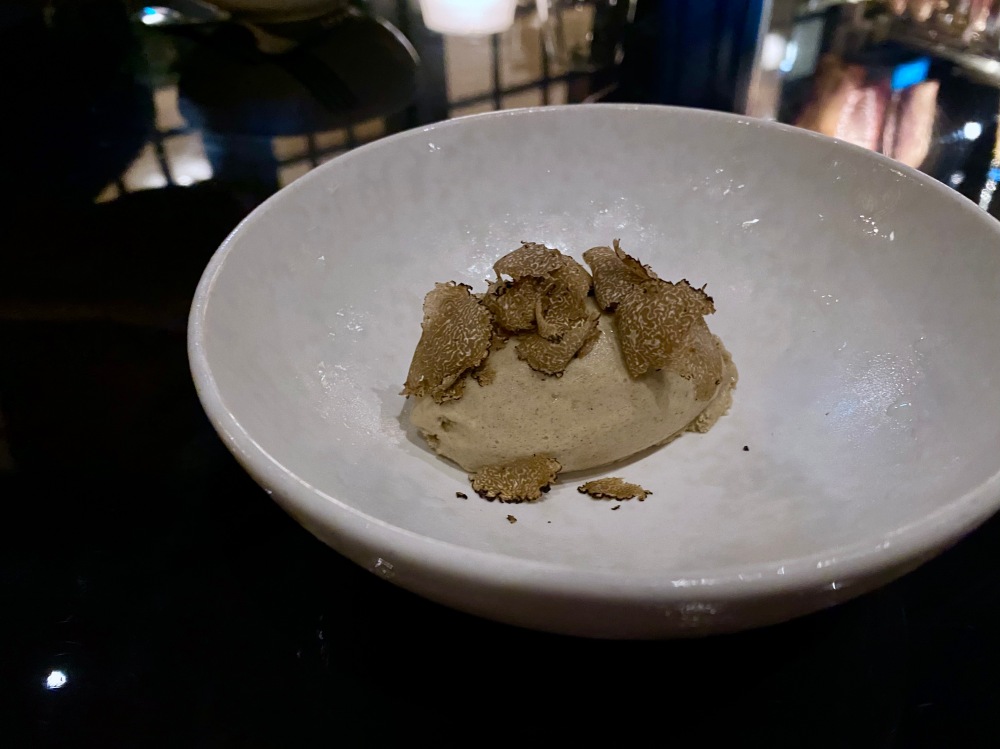 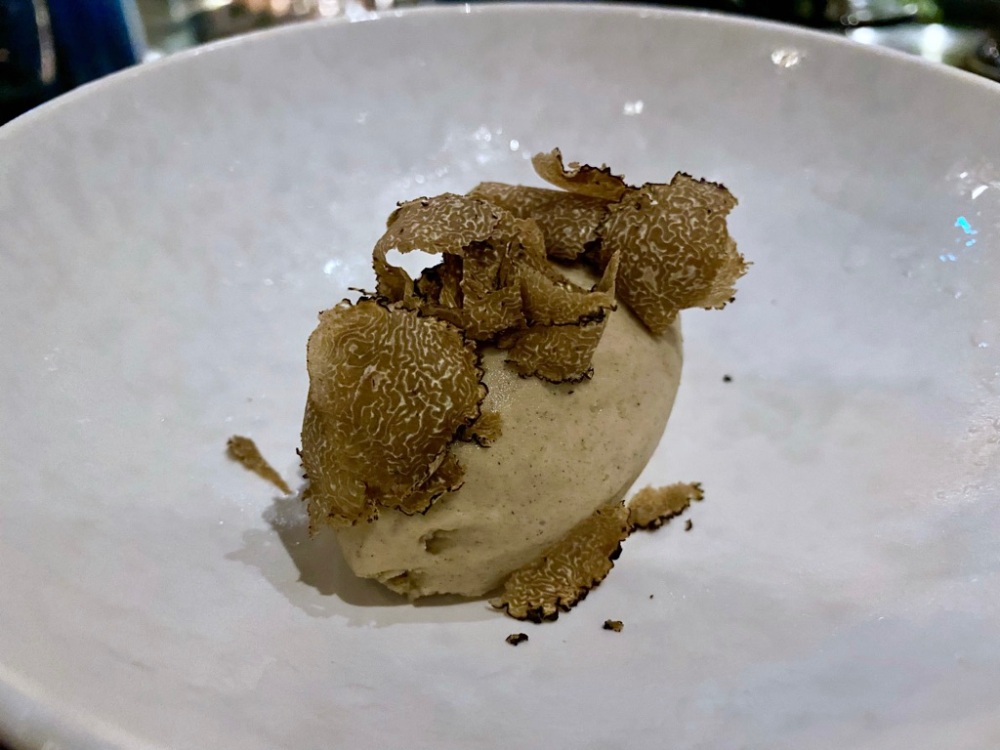 But there’s always room for desserts. And it came in the form of sourdough icecream. This was really interesting on a whole different level. If you tasted the icecream, oh yeah, it had the sourdough similarity but what made it really tasted like one was the texture of the truffles. So amazing

I was pleasantly surprised they gave us the baked mochi as the birthday dessert (cos I secretly wanna try that). It was good. The matcha wasn’t too sweet, mochi was chewy and even though was baked, the outer layer was just right in thickness. Though the friend commented this tasted like 年糕 …

But between the ice-cream and mochi, I say give the icecream a try. It’s quite a surprising dessert 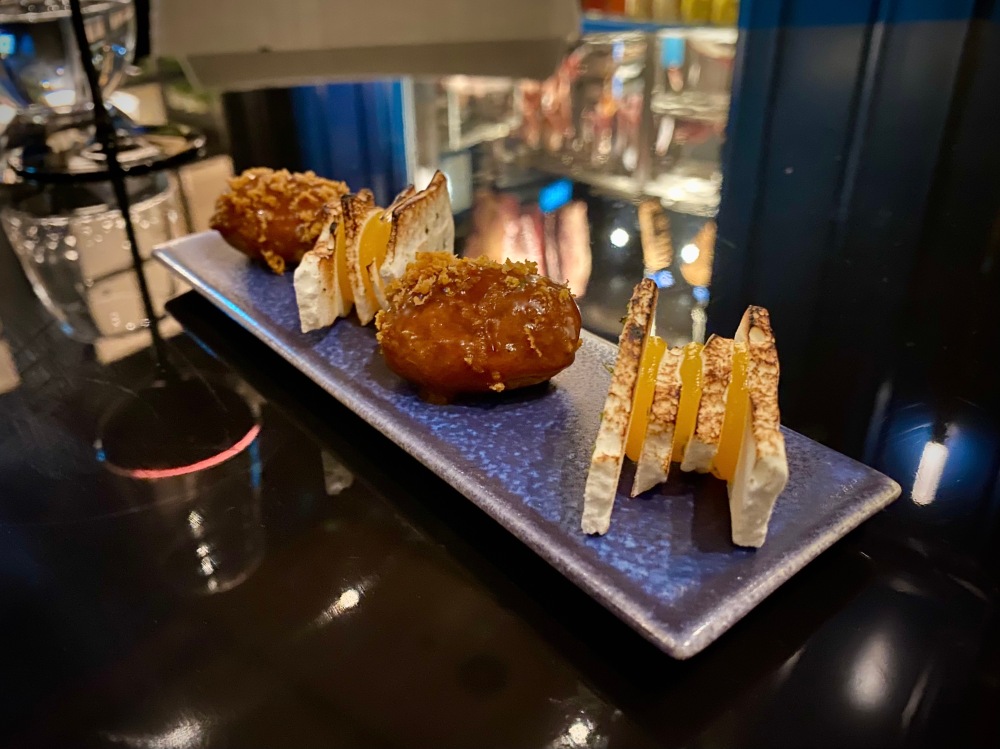 And finally petite 4. The friend officially surrendered. lol. The first punch of the lime meringue was really sour but was soon followed by the sweetness of the meringue. The gula melaka eclair was really gula melaka sweet which I couldn’t take it. I say the petite 4 showcased the 2 extreme ends of the flavour palate

Butcher’s Block probably exceeded my expectations. To be honest, I didn’t expect much to begin with. The menu was well-thought of, and it was a mix of different elements and cuisine. It was a good time spent with an enjoyable meal, that I say it’s definitely worth a return