Finally found time to visit Restaurant Labyrinth, which is well-known for giving local cuisine a modern twist. The lunch tasting menu ($138) is created with a theme – Homage to My Singapore, paying tribute to what you are familiar with. The restaurant also partners with local farms and fisheries on supporting the local community so you will see names that you have come across on the menu

This cute little plate is placed on every table (as decorative purpose?) before the servers brought them away as your first course is being prepared

To be honest.. what’s the point? lol 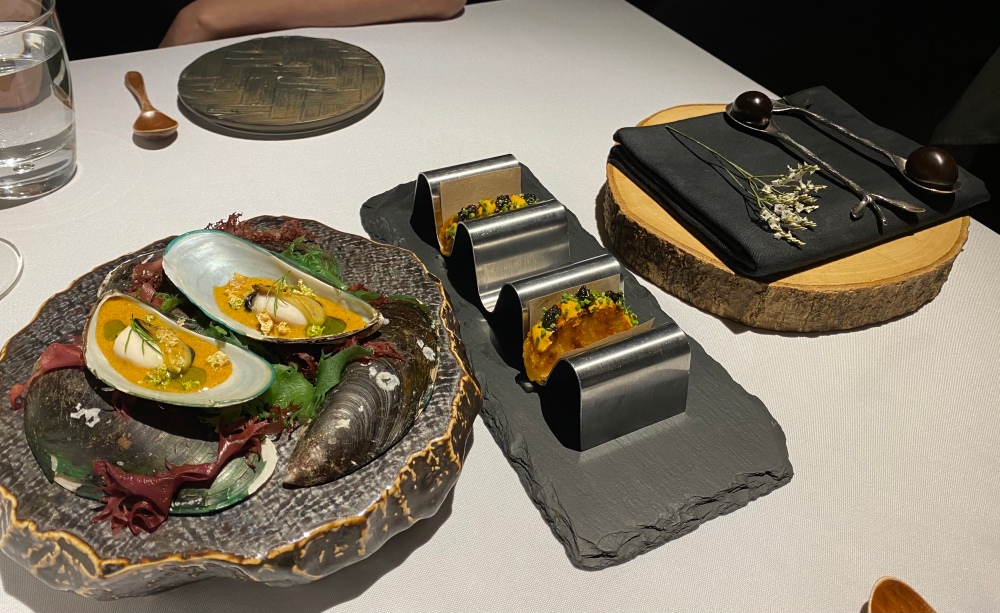 Among the snacks, my favourite was the mussel cos the laksa sauce was deliciously satisfying. The quail egg was nice, though it can do with a strong oolong taste. The murtabak was rather forgettable in my opinion

It’s refreshing but that’s about it 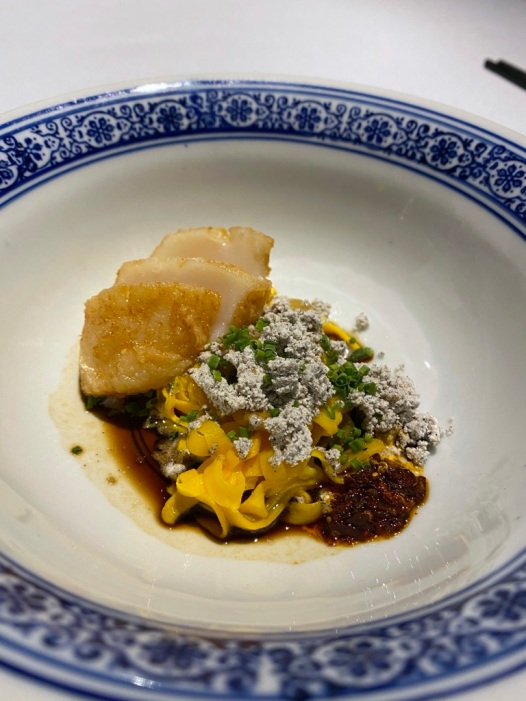 Wow – it really looks like it. I was impressed with how they managed to recreate to something so similar. Love the doneness of the scallops and the slight chewy texture of the squid noodles. Visually, I would give it 100% but I wasn’t exactly blown away by the flavours in general 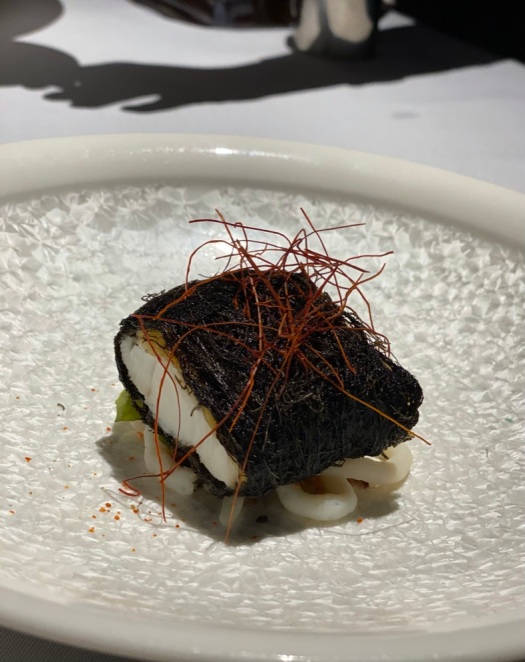 My favourite dish of the lunch. Their version of fish noodle soup was so outstanding I would have this anytime. Love the crisp fatt choy wrapped around the fresh garoupa and the fish paste noodles soaking up the rum-infused broth

Setup on point – Feels like an old school date

“An Ode to Cairnhill Steakhouse” +$35 Supplement 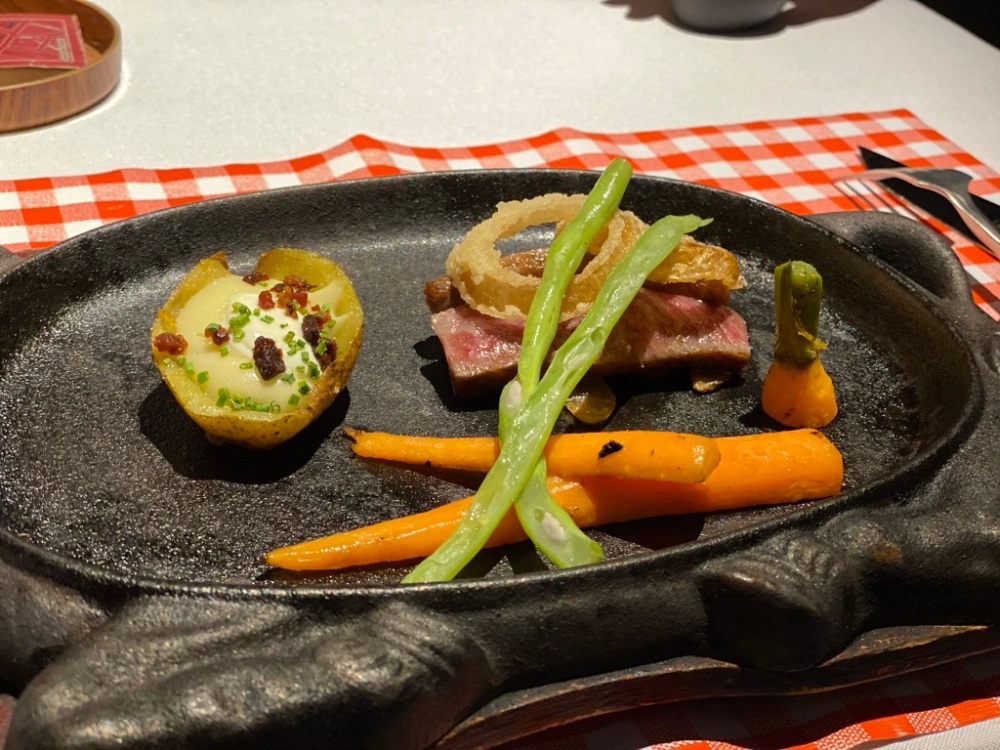 I was full by this point. I thought the wagyu was a little too oily for my liking to some extent I didn’t want to finish it 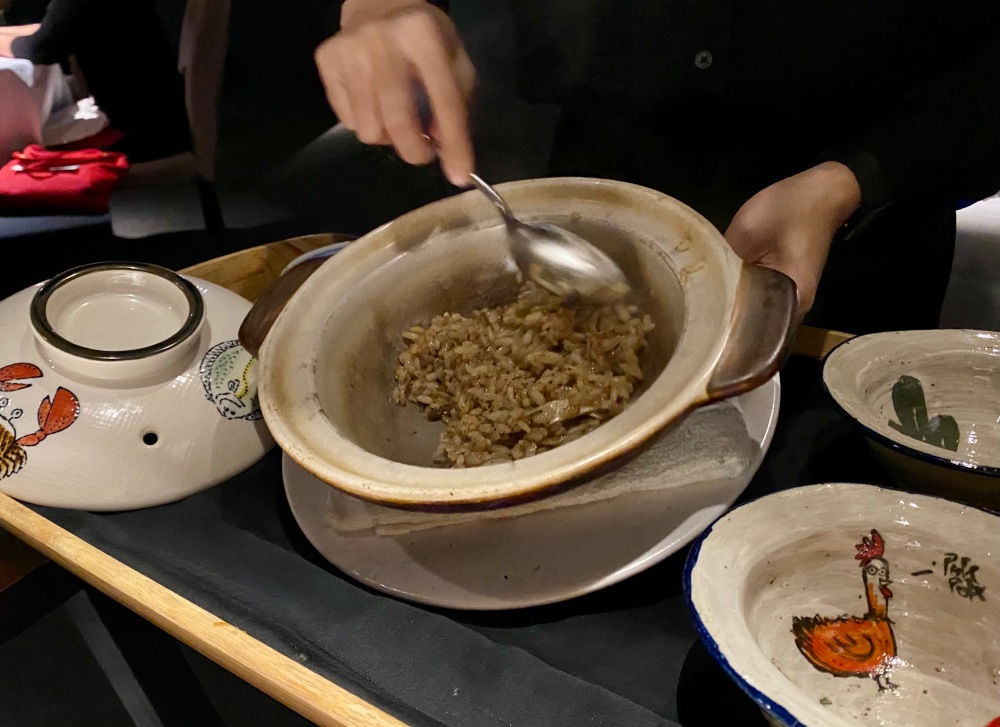 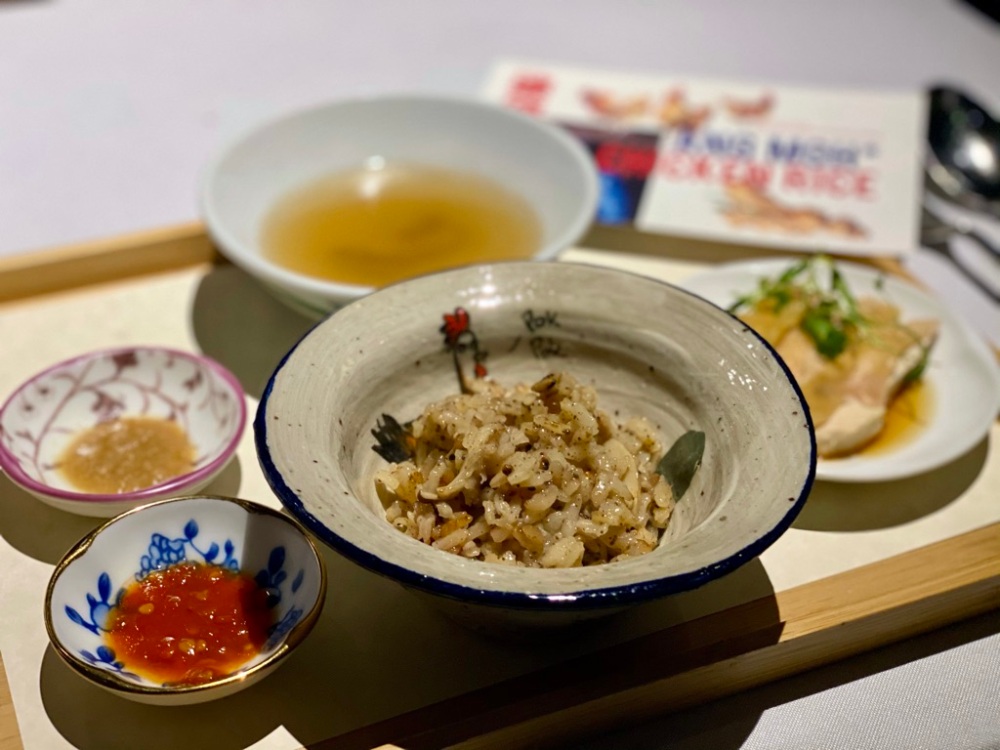 To be honest, I was rather excited when I saw chicken rice on the menu. I was looking forward to how they were going to elevate this dish. But it was rather disappointing. The claypot rice was a little hard in my opinion and it did not taste like chicken rice. The chicken lacked the fragrance of how it should be like. The only saving grace was the chilli and garlic sauce which made the whole dish a little better

I think you can find better chicken in hawker centres anytime.. 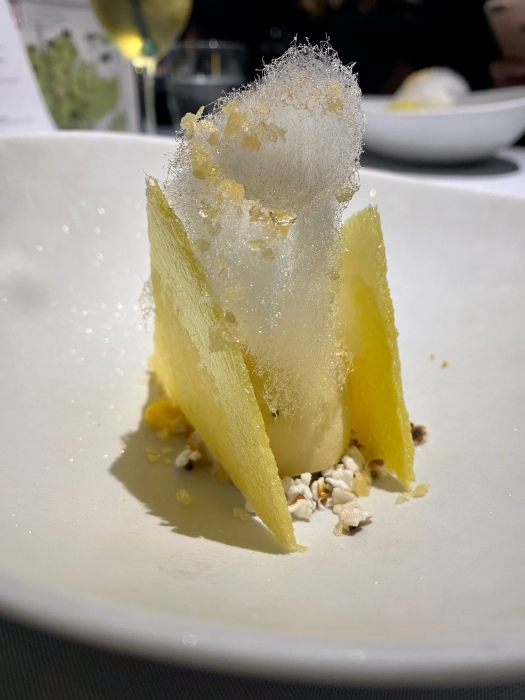 It felt like they were just mixing and throwing everything you can find in pasar malam and the result was just a monotone taste of sweetness. Just sweet lor 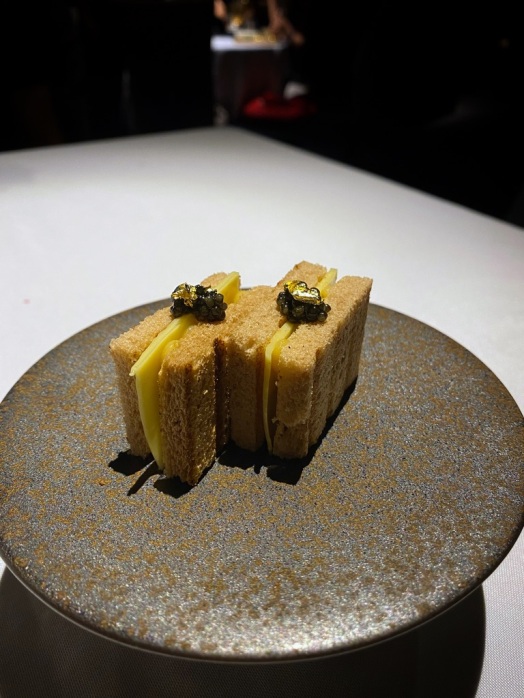 But I was impressed with their meringue-made kaya toast. But what would have been even better if they have a side of teh tarik as well. Idea right?

I think to create a menu that a local is familiar with, there needs to be greater conviction in the flavours to impress the local. Aesthetically, there’s no doubt they have done well in this aspect, but it would be even better if the flavours could match up as well. Generally, there were dishes that were more impressive than the others. I thought there could be improvement in their service as well cos for a Michelin-starred restaurant, I would have expected more