Ending my break with Ashino at CHIJMES cos I have never been there before and thought of giving it a try. Ashino is well known for his unique vinegar in his shari though there were also a number of negative reviews on his service. Despite that, the place was full for lunch. You can choose from 1 out of the 4 selection for lunch and I went for the sushi omakase priced $200 which consisted of 17 items plus desserts 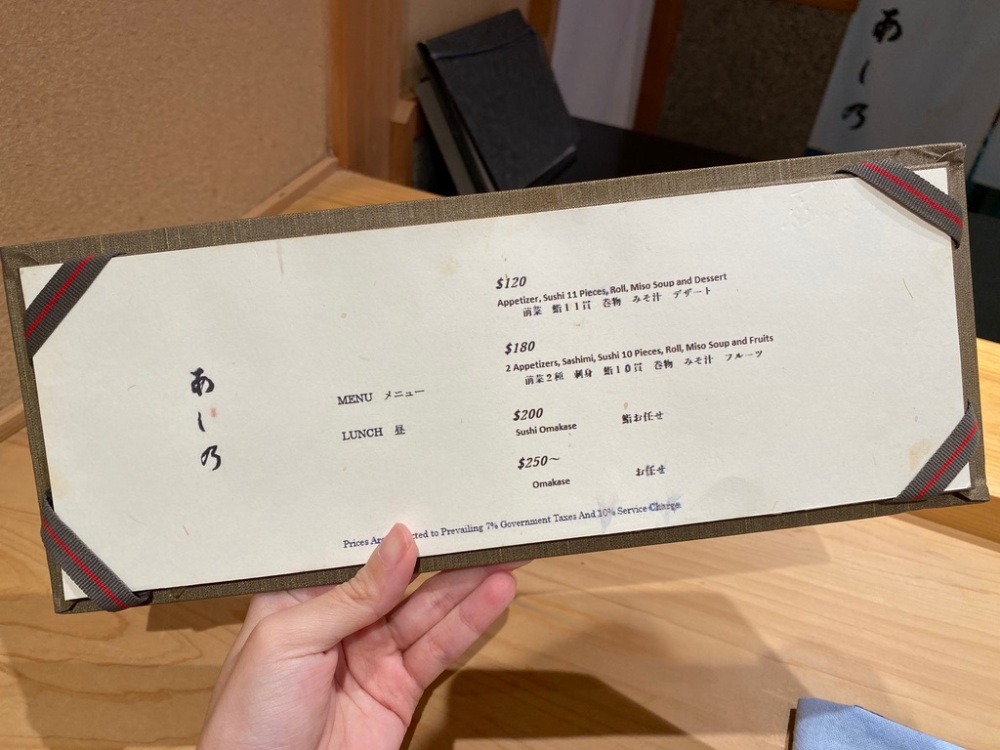 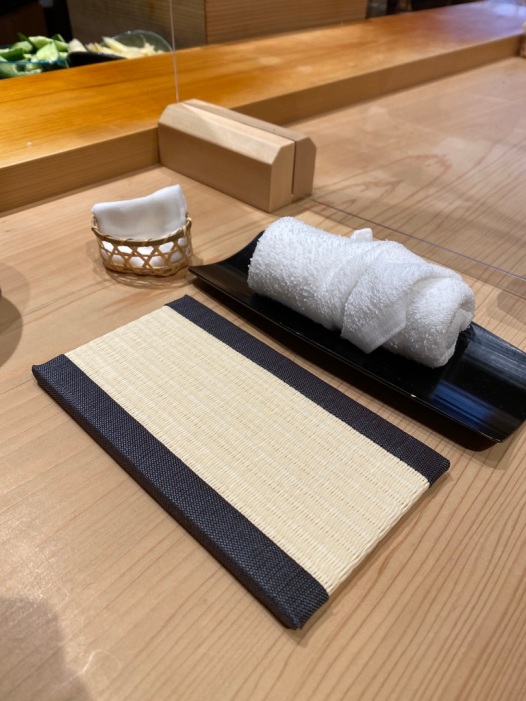 Make a guess what this board is for

The answer: It is used to place your mobile phone 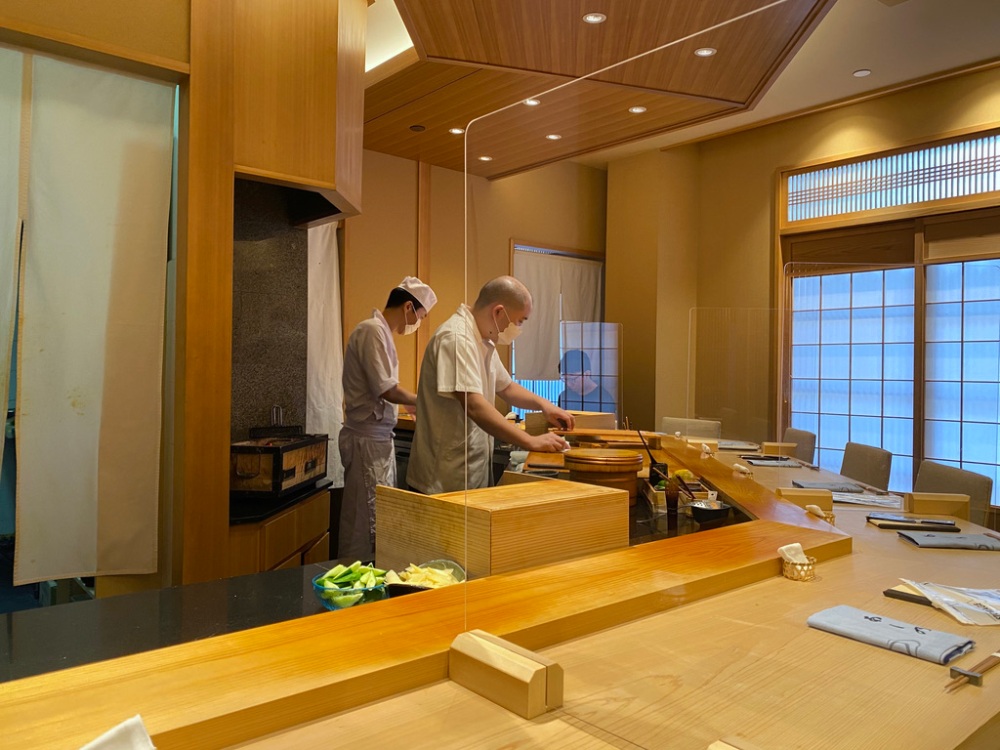 First piece up! Ooh, the rice and the vinegar was the first thing I tasted. The vinegar was really different, stronger in my opinion and it went very well with the rice. The shari took so much of the limelight I had no recollection of how the fish tasted. I had a try at their gari, which was even more unique. HA, I think I prefer traditional gari 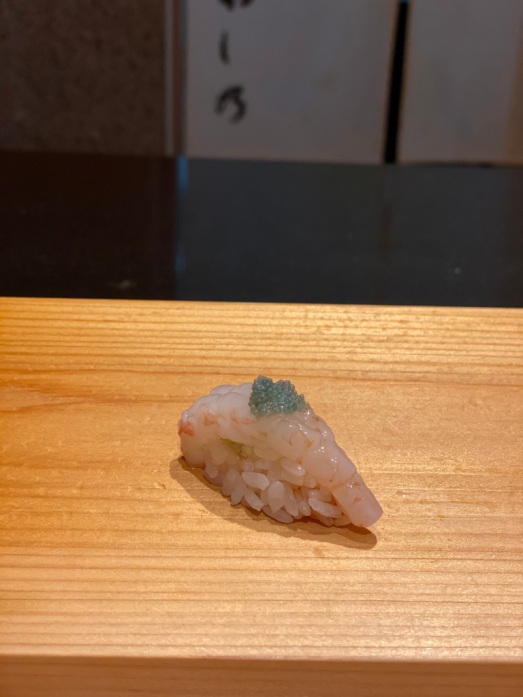 My second time having shining eyes fish. I say, my first experience with it (elsewhere) was better. The pickles were marinated with their own in-house vinegar which gave off a lightly more sourish flavour

Because crab is in season

Honestly, this was good. The dashi broth was fantastic, so sweet and flavourful and you can taste the crab meat in it 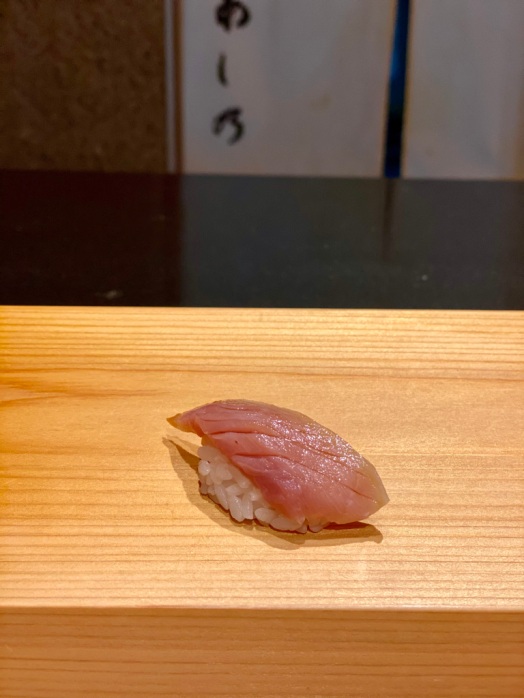 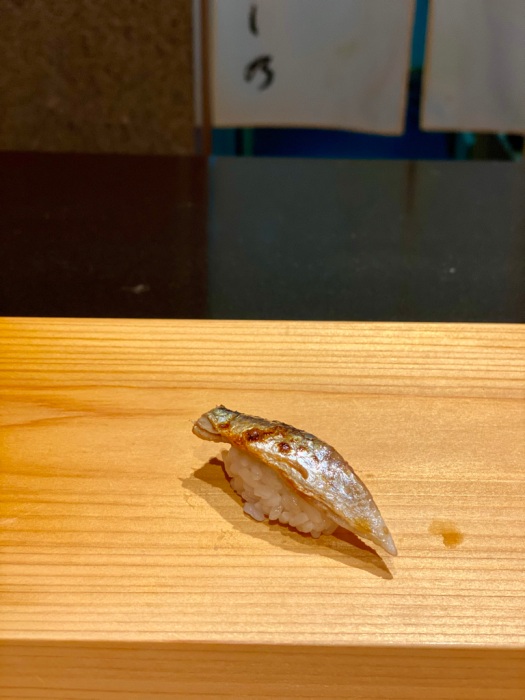 This was an enjoyable piece. The slight smokiness and the sweetness of the fish was delicious

Somehow the Aji here wasn’t as good as I expected

To be honest, I can’t tell the difference. It tasted like squid to me 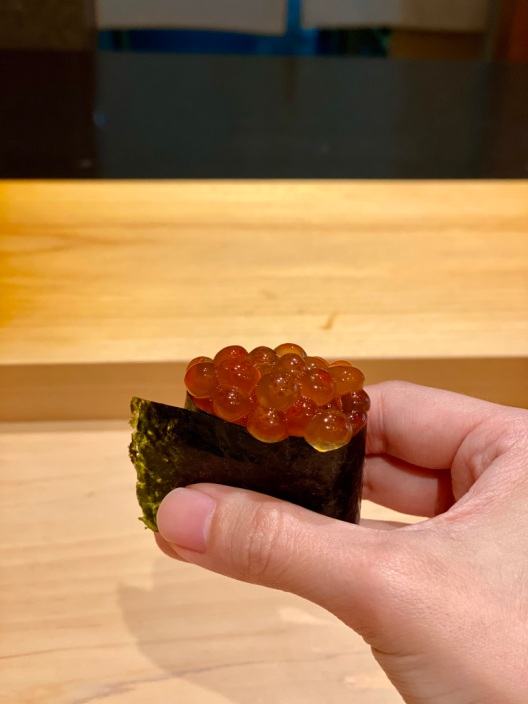 Scoop of Uni with A little Rice

Because it’s photo worthy, it deserves another moment here 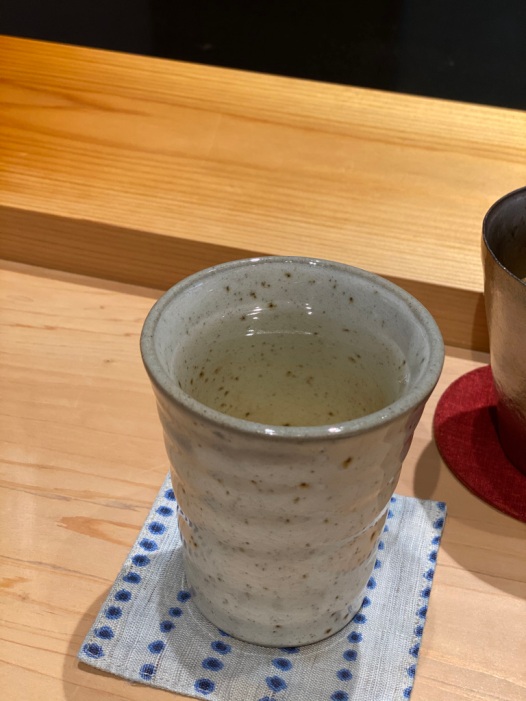 Made from camphor wood which has antibacterial uses. This tea is chargeable at $6 which I only realised when I saw the bill. Yeah, they simply just served it to you. So I don’t know if you can refuse it. Though I very much had preferred if they had asked for customer’s opinion if they would like the tea. In any case, it has a slight smokey flavor and it tasted like tea

Which was fantastic. It had the melt in the mouth cake-like texture 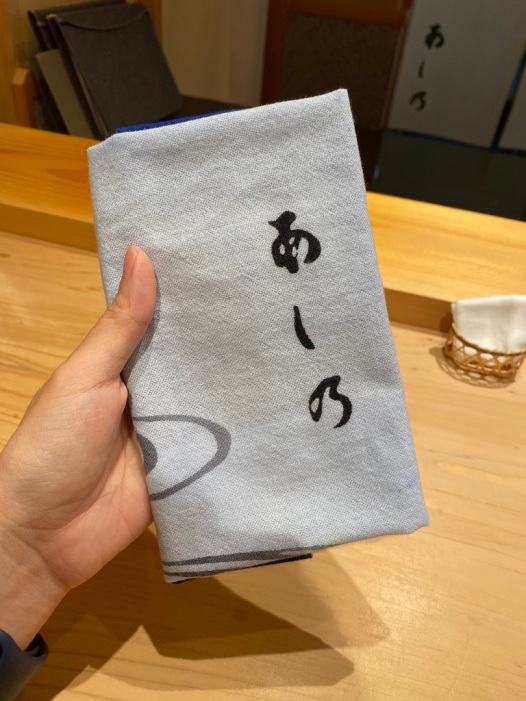 Well, I thought my meal was good while it lasted. It was a pretty decent meal and service was okay. I didn’t encounter any of those negative reviews which well, maybe I was lucky. I thought the fish was okay, the vinegar was impressionable but the rice needed a little more consistency in terms of warmth. After a few pieces, you could taste the rice lacked warmth and it was rather obvious when the chef gave you the next one with the right temperature. But if you had asked me which was my favourite piece after I left the place, to be honest, I couldn’t pick one. It’s not that they were all good, it was more like none of them stood out so much that I had a choice. In all, this place would be one to consider if I couldn’t get a reservation at other sushi places but it would not be the first one that comes to my mind