One more ramen shop has found its home in Singapore. Well, we don’t say no to good ramen. Ramen Nagi, a famed ramen chain from Japan by Chef Satoshi Ikuta has more than 30 outlets across Japan and Asia and is known to have a perpetual queue outside its shop. So when we went down on a weekend and spotted no queue at all, we were so surprised. The place is located at Suntec Tower 2 (where Olivia & Co is), near the taxi stand so you would have to exit in order to see the shop

The interior is filled with lots of vibrancy and loud colours. Having only 60 seats available, diners would probably have to share tables with strangers when the crowd peaks. On the bright side, you get to listen to interesting conversations at times

The ordering sheet: Pick a broth base and then customise

And then the confusion comes in. You can choose to add the Butao fire sauce to any ramen broth if you like, even if you had ordered Red King. Do note that Red King is already at spiciness level 5 so any more additions would be the base (5) + some more fire

The wheat tea is a refreshing drink to go along, whether to quench your thirst or to extinguish the fire

The bowl actually wasn’t too photogenic when it arrived so the friend tried to open the egg which failed. lol 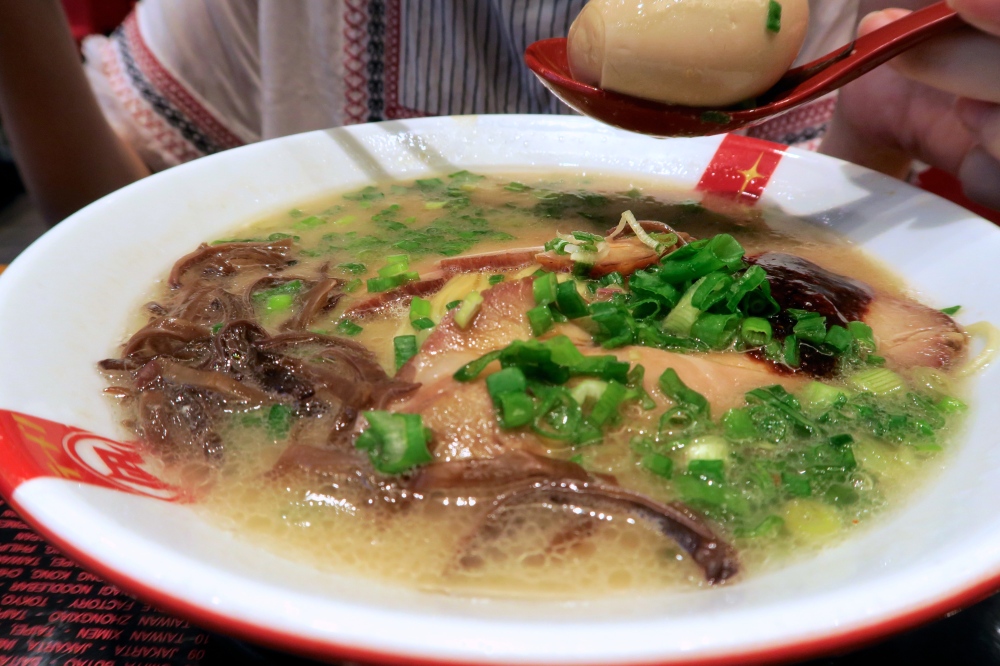 The tonkotsu pork broth is probably a safe choice. Creamy, smooth with flavour of the tonkotsu hinging on every sip, the addition of the fire sauce gave it some heat which was a nice balance to the ramen broth 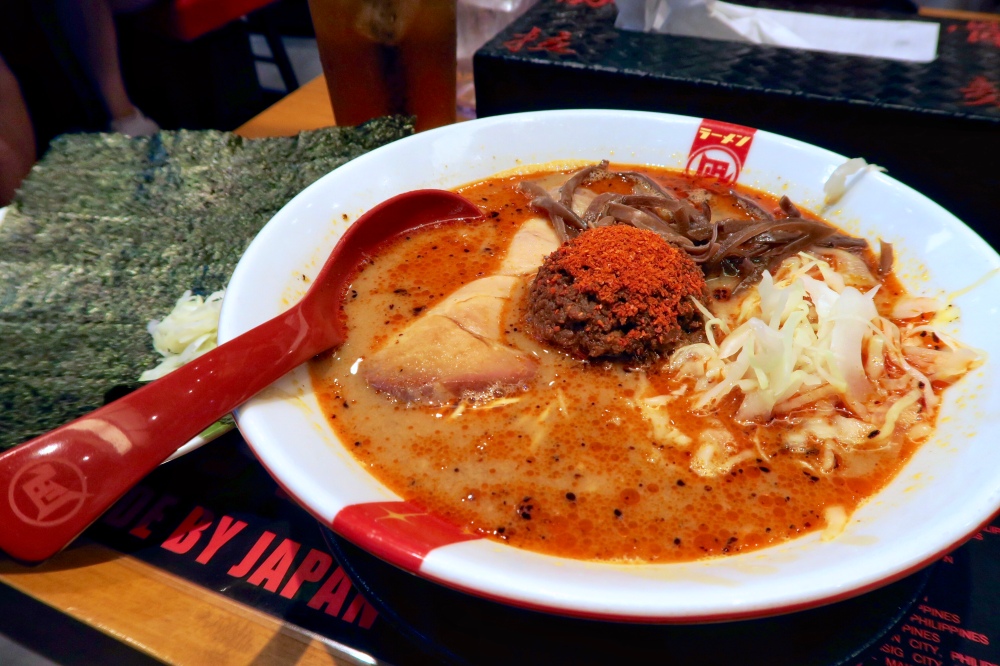 I went for the Red King cos I was feeling adventurous. I felt even more adventurous when I decided to add on some more spiciness to the broth that was already at level 5. Even the waitress asked me, so you want 5 + 1? Then I think again, okay maybe not 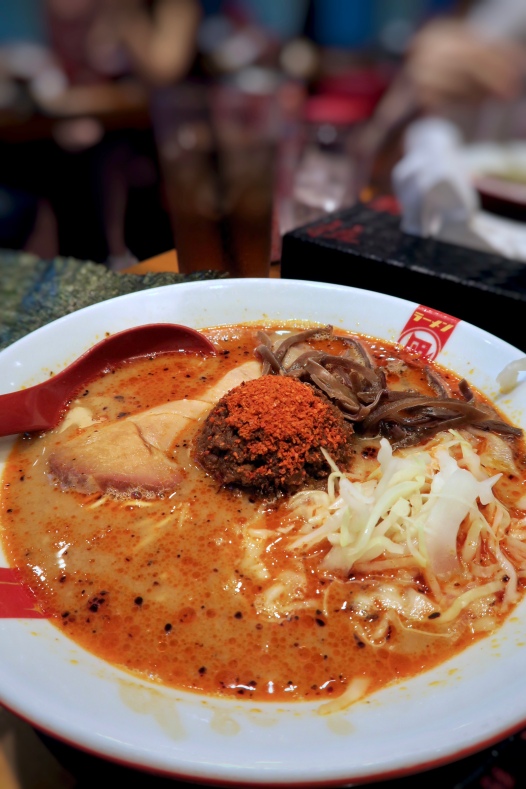 In all honesty, it really isn’t spicy at all. Maybe I should have just added more spice to my ramen. Or maybe my tolerance is really high. ha The ball in the middle is miso infused minced pork. Mix it into the broth to give it some more saltiness though I find the minced pork a little tough

Both of us took the shoulder meat instead of the fattier pork belly. The meat tasted pretty decent. Would love to try the belly the next time round. Somehow I find the noodles a little disappointing. There was nothing to rave about 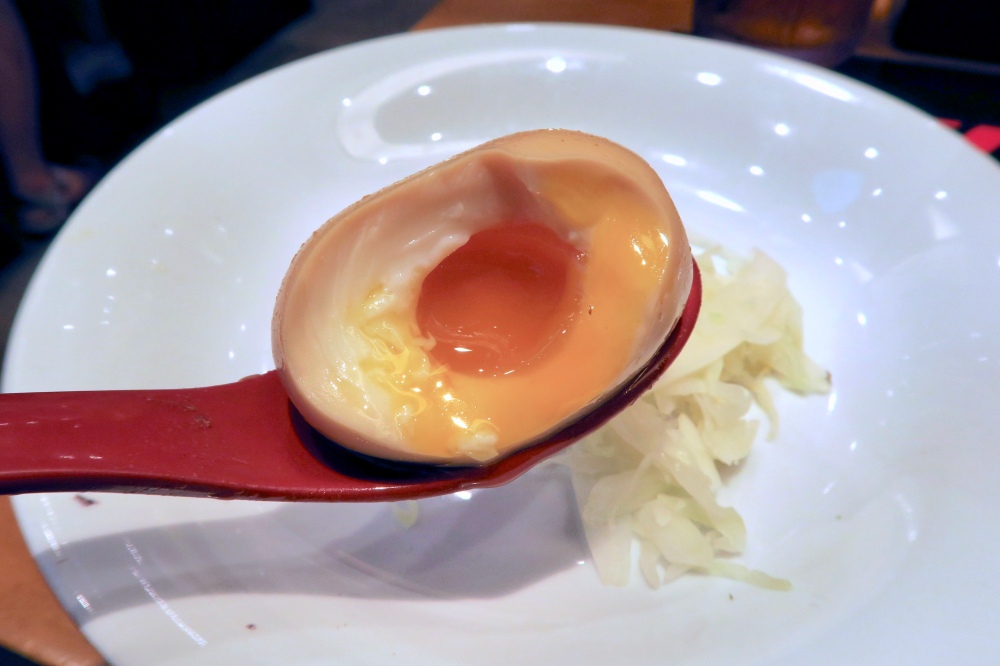 They forgot my tamogo so remember to check your ramen. The tamago was really salty though, like really salty

I think the Butao King is worth considering but the Red King was just so-so. I wished the broth was warmer because I felt like it turned cold pretty fast. And if they could add a ‘1/2 portion’ option to the customisation menu for the noodles cos it was really lots of carbs in there. I couldn’t even finish half of it. Halfway through the meal, they decided to build a small tentage outside the entrance so that people won’t get drenched in the rain. Well, maybe they should have had that set up much earlier.. 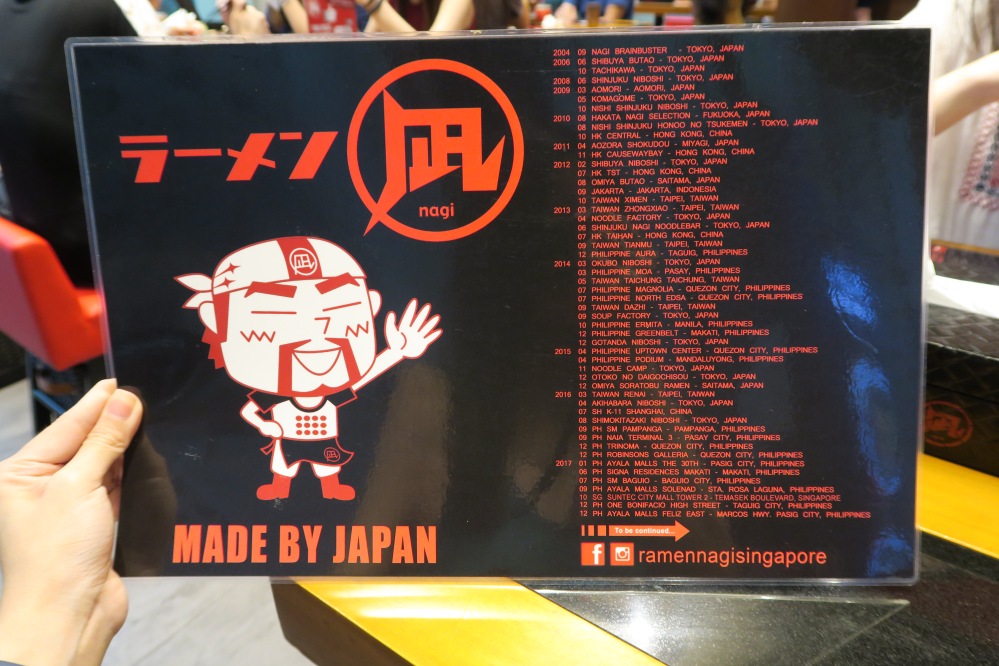 I can’t decide if I like Ramen Nagi or not, but maybe one day I can give it another try