Not much information can be found on Kiyama except it specialises in washoku. And since I haven’t had any traditional Japanese cuisine, I thought I could give it a try. The restaurant is located near the Imperial palace so it’s not exactly centralised in Sanjo area. But if you ever had a chance in Kyoto, I recommend giving this place a try. The restaurant is located underneath a private residence so I was ushered to wait in the lobby first. Then 5 minutes later, I joined a gentleman who’s also here for his meal at Kiyama and he kindly explained everything to me in English (which was damn awesome) even though halfway somewhat his thoughts also got stuck. lol And since we were the earliest customers, we had a chance to sit directly in front of Chef Kiyama who is a relatively young chef (compared to his peers in the industry). But age does not stop him from focusing and delivering what he believes in, given his prior experience at Wakuden 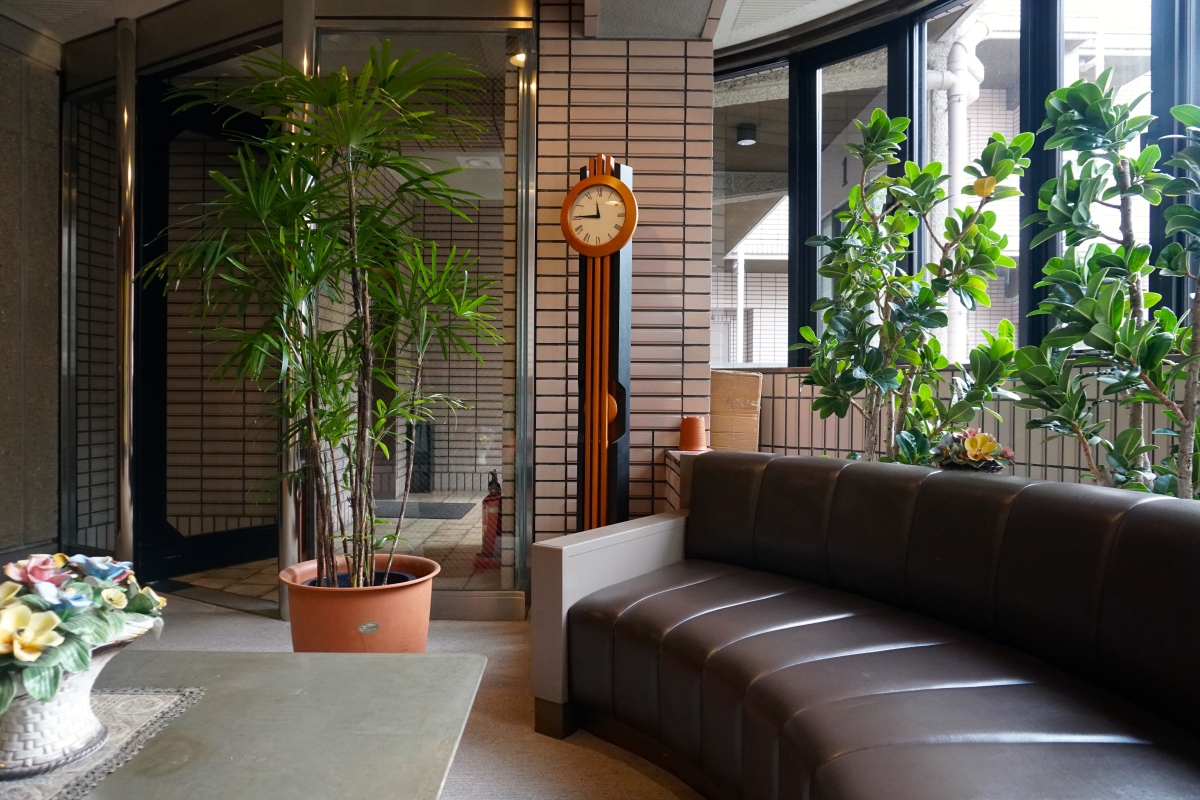 It was a good start to the meal and I was excited to see how the experience was like.

And yes sake for me!

The meal started with chawanmushi and went on to fresh sashimi slices and a display of techniques in each seafood dish. After the second course, Chef Kiyama started his dashi broth performance by allowing us to smell and try the different flaked bonito his assistant has freshly shaved infront of us before mixing it with konbu kelp broth and straining it. And yeps, all of us had the privilege of tasting the freshly strained dashi broth which was light and smooth. I love his soup for its level of sophistication. I think I could easily manage a second bowl. I felt that every dish comes out nicely, regardless of the side dishes or the sauce being used. It was like the perfect pairing. The freshly made pear juice to cleanse our palate was sweet and refreshing. But ending the meal with a bowl of freshly made green tea by Chef Kiyama was icing on the cake. The green tea was luxurious, smooth and silky. I thought it tasted much nicer than the one I had at the tea ceremony. ha 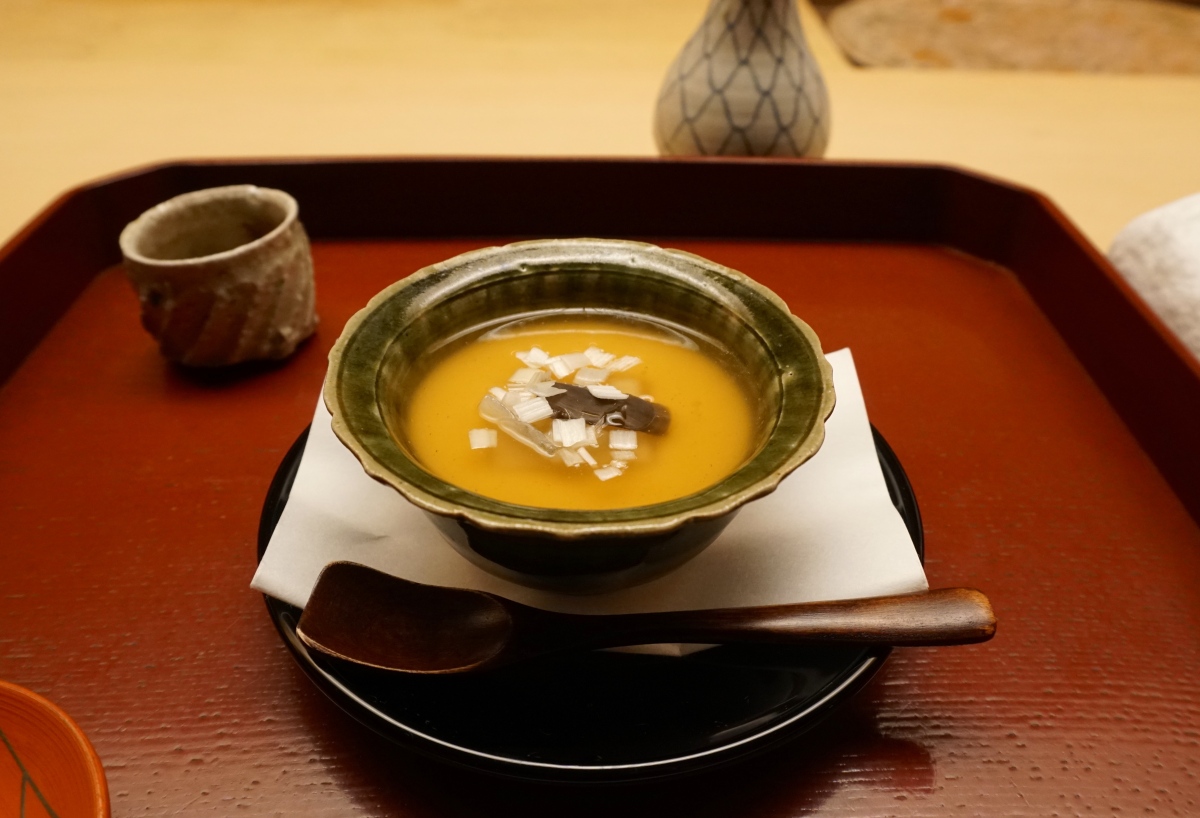 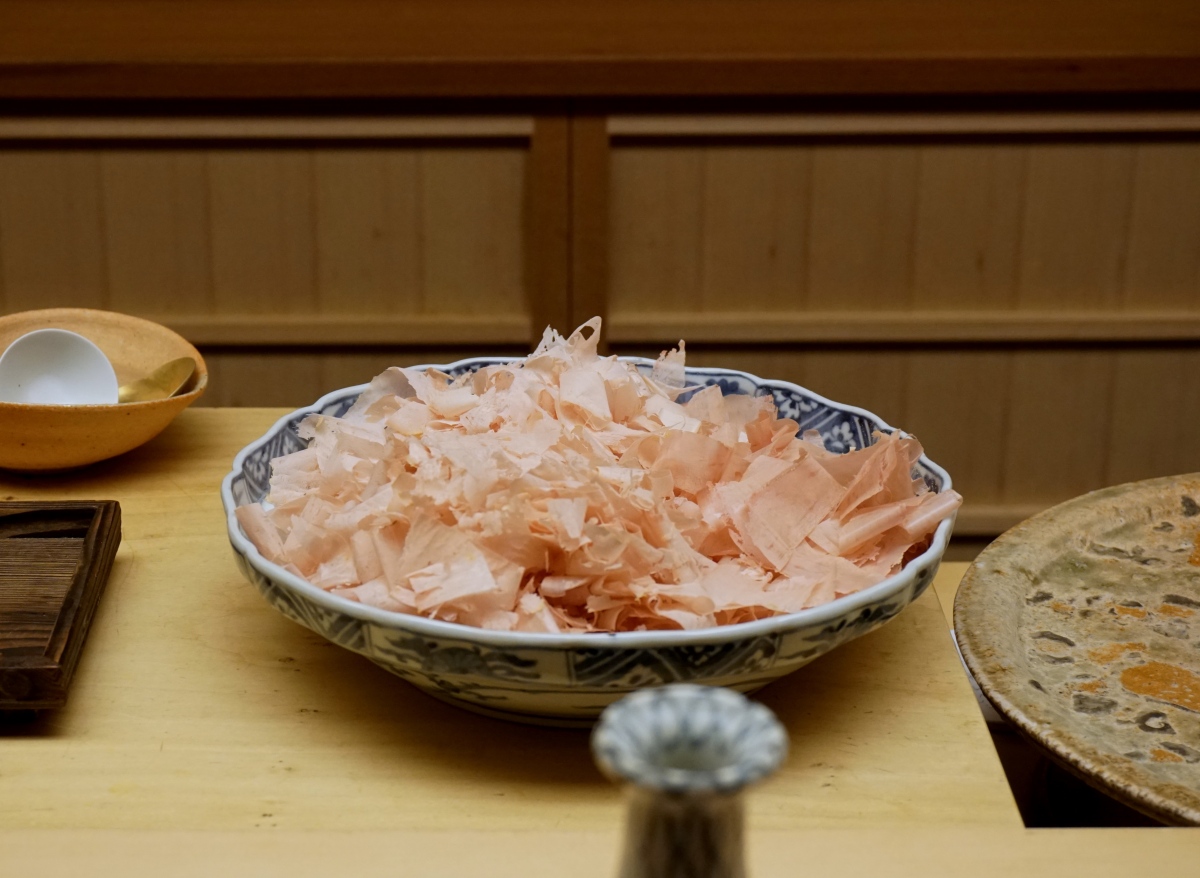 This was a random glass of sake given to us though I’m not quite sure of its significance – warm the stomach maybe?

I was freaking full at this point in time

Don’t remember the name of this dish but it wasn’t the easiest to make. We had a really good time looking at the assistant making this cos the chef kept asking her to go again and again. lol 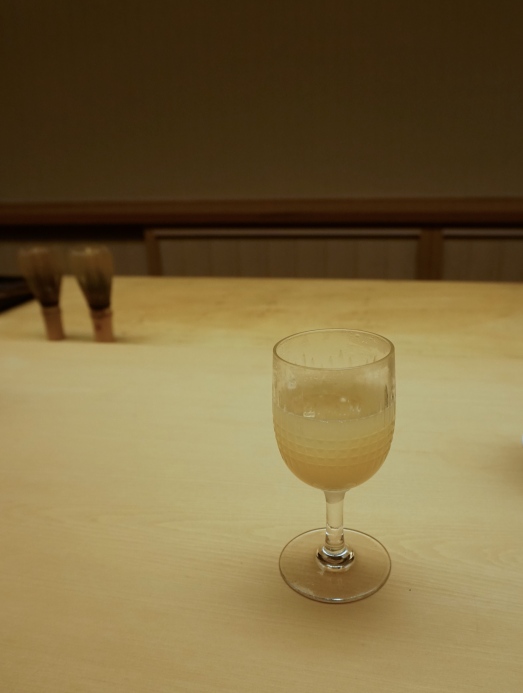 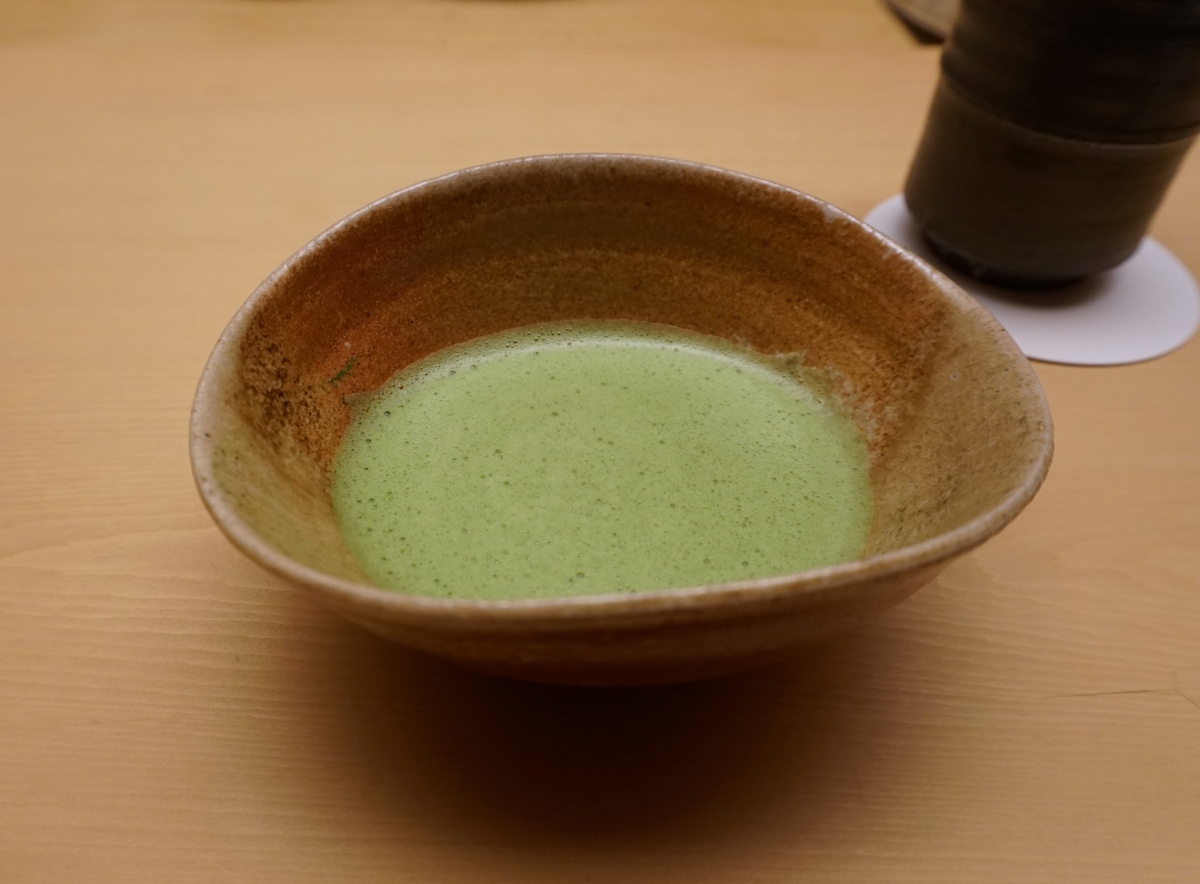 The restaurant only opened in 2017 and probably that was the reason why I could still get a reservation. But I think given the quality of the food and the experience of the meal, it will probably be a place I won’t mind returning. And to be honest, I really enjoyed all my restaurant meals in Kyoto despite how expensive they are, and with a little blessing to be able to meet kind Japanese (patrons and chefs included) who rendered help and showed me hospitality, my Kyoto experience had been nothing short of amazing