The Bird has landed at Marina Bay Sands! An outpost of the US-based Yardbird Southern Table & Bar, the Singapore branch occupies two levels of The Shoppes at Marina Bay featuring a classic remake of its US counterpart. Dedicated to serving Southern cooking and particularly fried chicken, you can now savour Southern style fried chicken without flying half the globe. The place was pretty crowded when we visited and we got the ‘private dining’ area which was situated on the other side of the restaurant. Service was attentive and the food was served pretty quick as well

A whiskey based cocktail that was refreshing and easy to drink 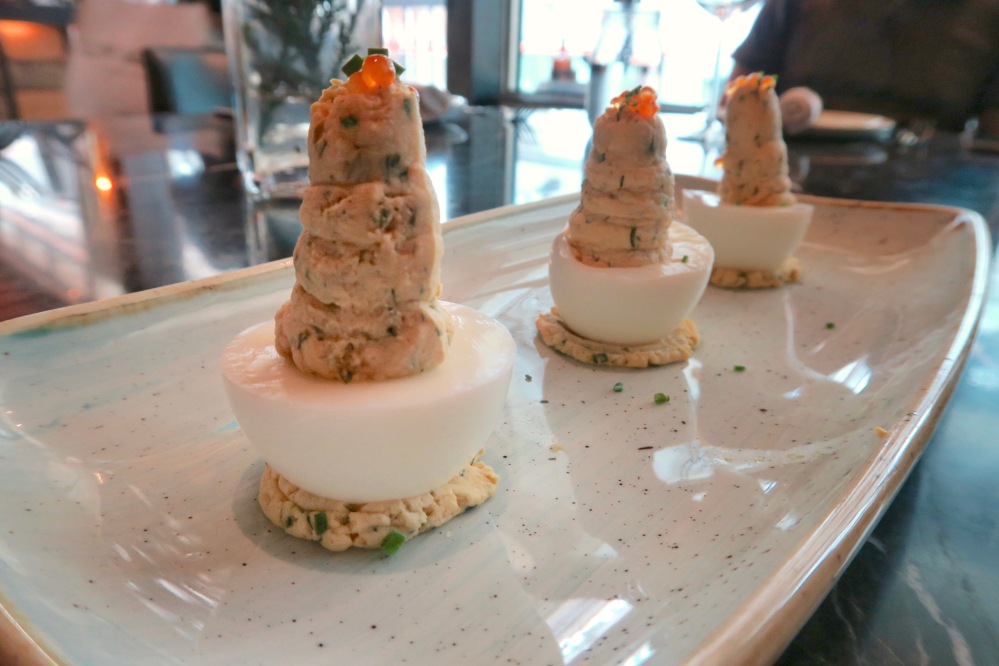 In all honesty, they tasted like eggs lor. Really nothing special about them 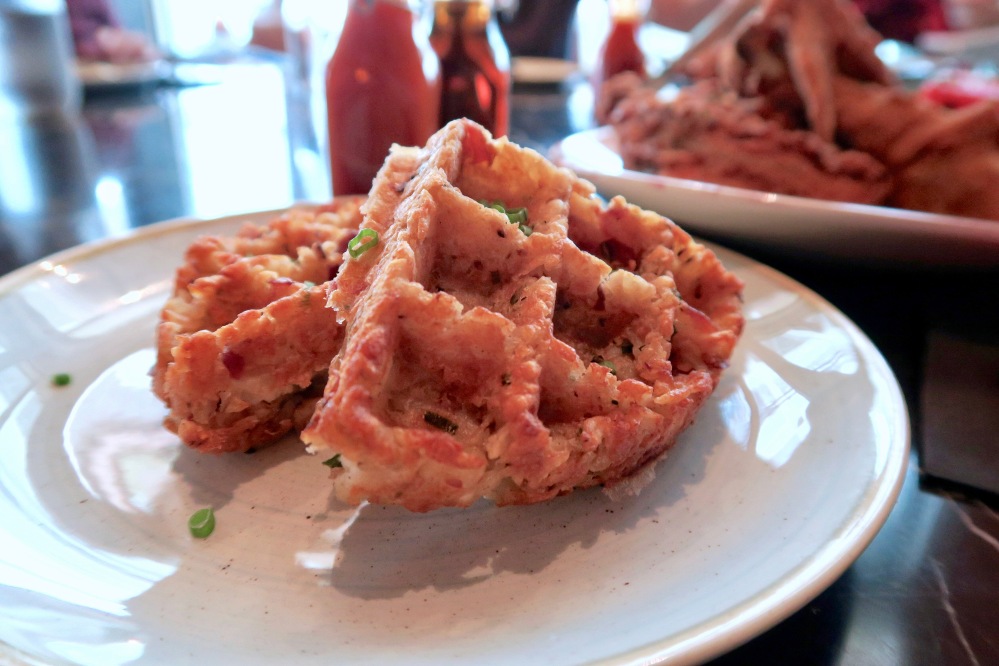 It’s like having hash browns in waffle form. Unfortunately, no wow factor either

Love the biscuits! Soft and buttery, paired so well with the honey and house made jam. It was delightful to eat them on its own

I was rather excited to try the chicken. It smells good and tasted delicious too. The chicken was well fried with a golden crisp layer, its meat moist and tender and I love the addition of the honey hot sauce to give the extra heat. I know it’s just fried chicken, but they really tasted pretty decent 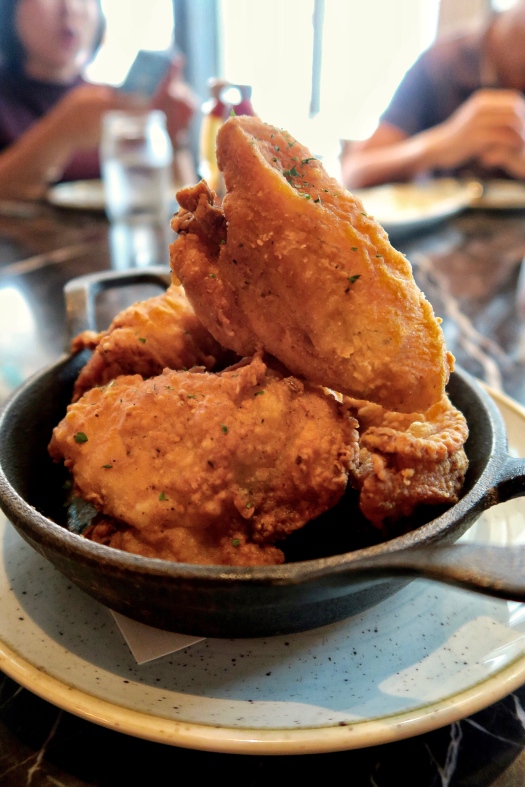 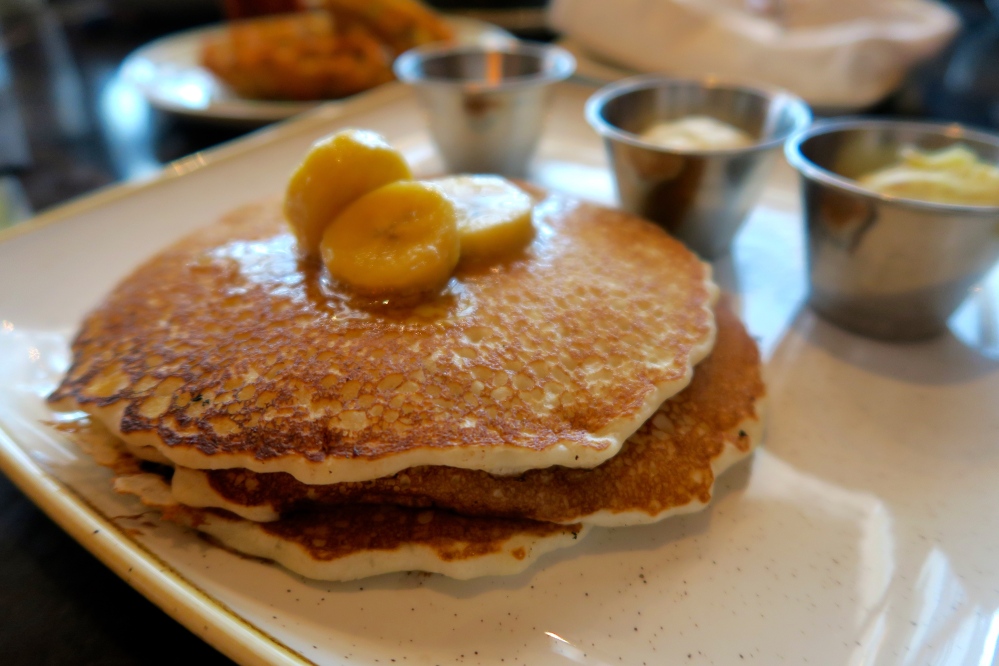 The pancakes had a nice buttery smokey taste with a nicely browned layer. But I thought they could have put in more chocolate chips and even out the layers cos right now, one layer has more chocolate chip than the other. Also, the peanut bacon butter was pretty insignificant

Trying to recreate the Marina Bay Sands, I would say it was a pretty good attempt. The crab cakes were really good. It packed a punch of flavours that goes well with the hollandaise sauce. Though the portion might be a little small and not very filling on its own 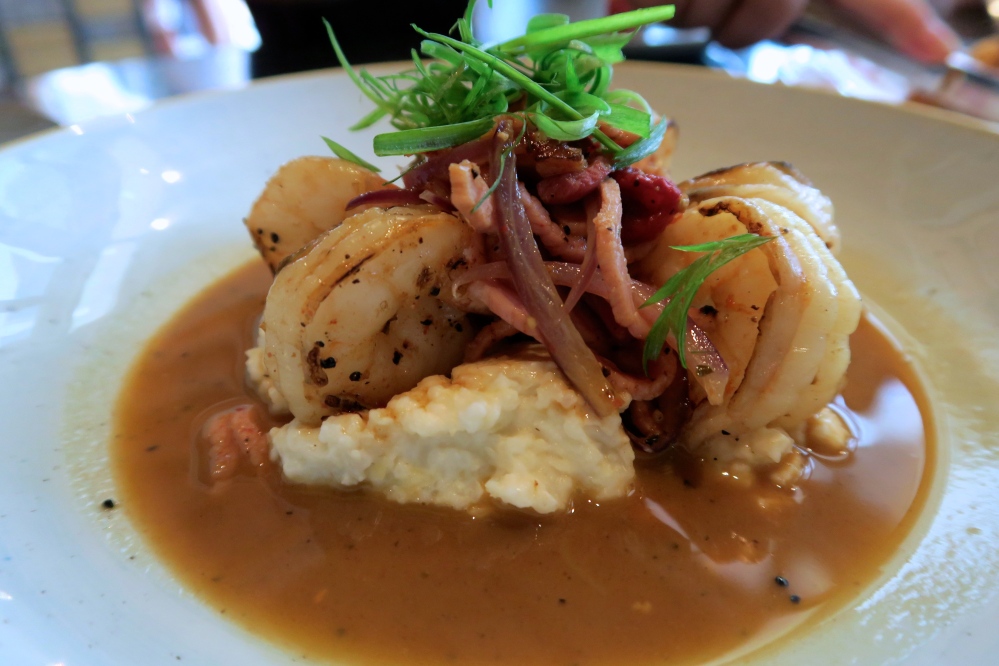 This dish surprises as well. Prawns were big, sweet and crunchy. Love the grits that added a different texture, layered by a beautiful sauce to finish it off

I was definitely more impressed with the mains than the starters though the prices are generally on the higher side. But I think it’s an option to consider if you looking to dine at the area. But do note that they have a strict policy on ‘No Outside Food’, like birthday cakes. Though I wished they have informed me prior when confirming my reservations. I think the friends were more annoyed than me. ha. But oh wells, something they could have improved on..

The Bird Southern Table and Bar

The Shoppes at Marina Bay Sands