Audace Bar & Restaurant took over the space once held by Cocotte, situated at Wanderlust Hotel and the kitchen is now helmed by Chef Jeremy Gillon from Le Montana. The place was rather quiet for a Friday evening when we visited though it had its good and bad for a rather empty restaurant. The team at Audace wanted their diners to have an interesting and fun dining experience so the food menu was given in a box, with each menu folded up inside randomly. Honestly when they first approached us with the box, I thought it was for us to place our belongings inside and for a moment I was like oh, how thoughtful. But after which I realised it was the food menu, I thought it was just bizarre. I mean, they are many other ways to present menu in a fun and interesting way but the method which they chose… I think I’m not the most amused 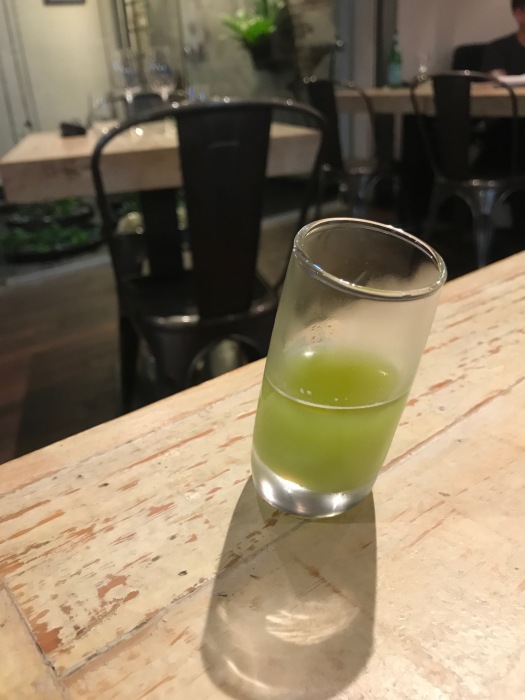 Interesting choice of amuse bouche, given not many people are a fan of celery. Like me. No idea why they had chosen celery as a choice. They are so many other amuse bouche which you can come up with! Seriously 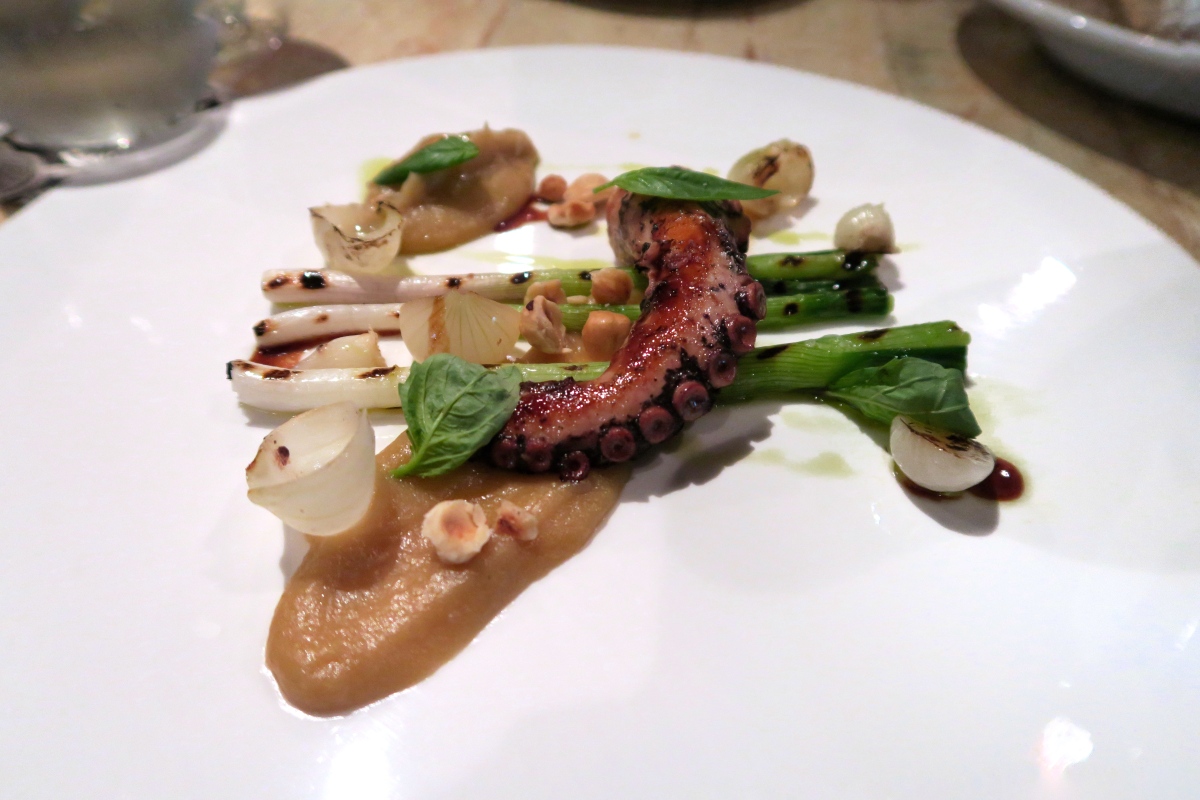 Appetizer to start, the portion of the octopus was pretty small. The meat was very soft with not much crunch nor texture. I like the onion salad though. I thought the onion puree was delicious and the roasted hazelnut gave a nice smokiness fragrance

I thought the presentation was this dish was simple yet nice as you can see all the various components on the plate. We love the potatoes with garlic confit. It was outstanding but that’s about it. The chicken was served lukewarm and we could barely taste the seasoning behind it given its less than ideal temperature. I thought the sauce was decent but we probably would have appreciated it more if the chicken was served hot

Presented as one of their signatures, I can’t really tell what was so significant about it. But I give credit to the waiter pushing a huge trolley out just to cut the pork belly infront of us. The dish as a whole was flat. If put into simple Singlish, it was just okay lor. I think I preferred my pork belly with a crispy skin

Complemented with a I-have-no-idea what is this, they could have at least told us what was this exactly. Since I can’t tell, the side dish was also okay, can eat lor

Probably the most impressive thing from this dinner, this dessert was hidden by fresh flowers and were on each table all along

A medley of peanut powder and candied nuts, though the dessert wasn’t anything to rave about, but I do admit there was this element of surprise in here

I felt like more can be done here. Simple things like changing our wine glasses to the bigger ones for red wine (since everyone else had the bigger glasses so no idea why we had the less than preferential treatment. Maybe cos ours was the cheaper bottle). The food here had some solid cooking, but if they had executed the octopus with a more chewy texture, served the chicken hot, and done the pork belly with a crispy skin, I would have given this place more love. And honestly I don’t think the inaccessibility is an issue since people tend to travel anywhere and everywhere for food. So given how quiet it is for a Friday evening, I think volume speaks louder than words