The new Spanish restaurant Pim Pam by FOC set its foot at Claymore Connect serving Barcelona inspired tapas and wine. For those who want to locate this place, the mall is situated next to Orchard hotel so I think it makes a better landmark since taxi uncle also don’t know where to drop me. ha

The interior is bright and big with funky colours and inspiration, making this a cheerful place to hang out 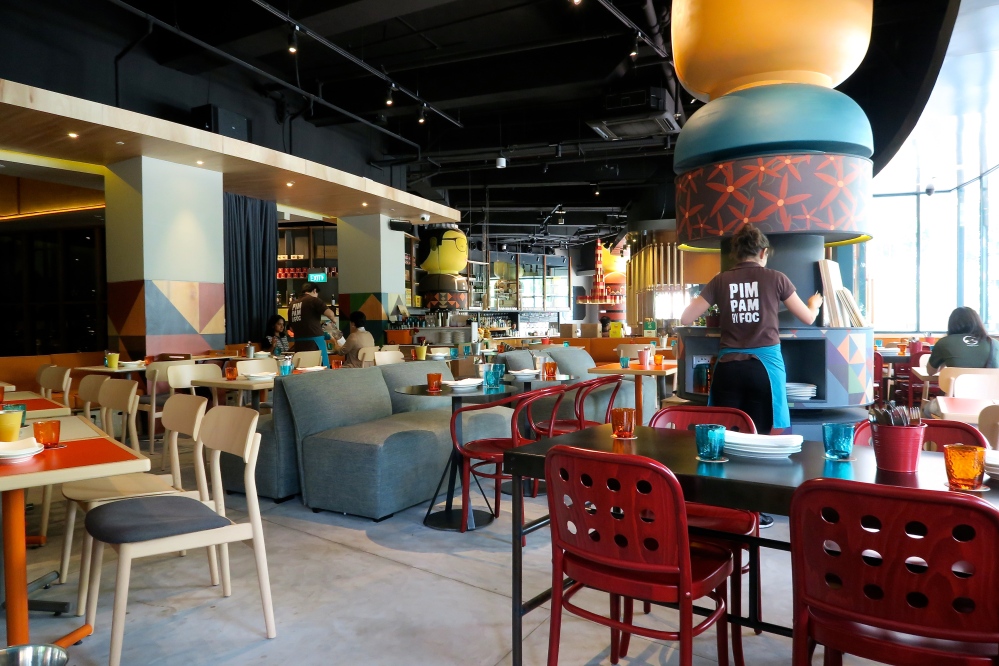 Love the thin and crispy texture of the croquettes without being too oily. You can taste the distinct crunch with each bite. The ham had a good balance of melted cheese and ham while the crab emits flavourful sweetness of seafood 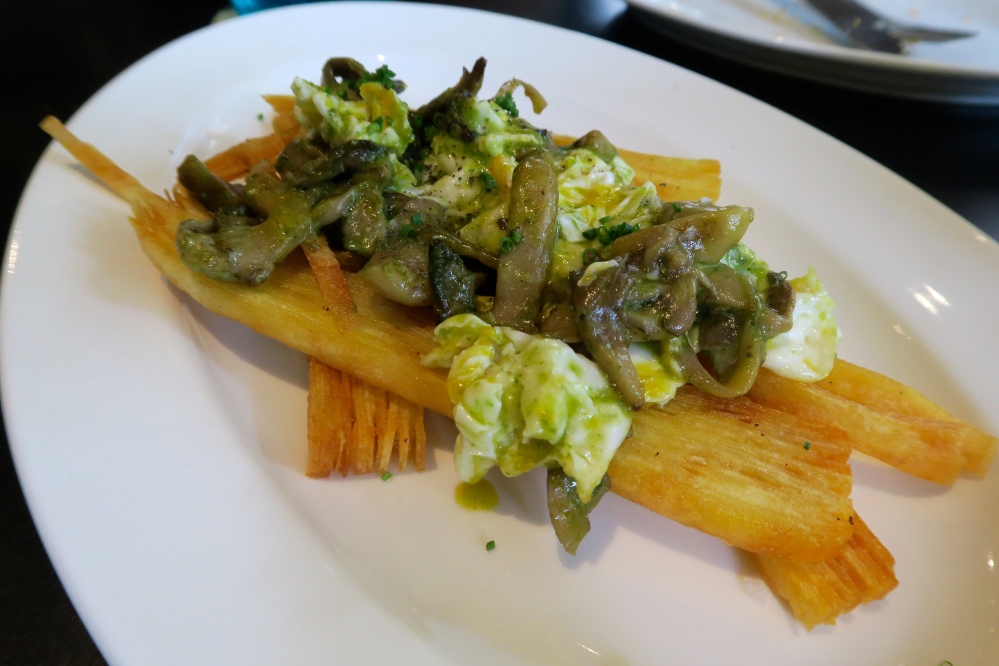 The friend enjoyed LT’s version of estrellados so we decided to give this a try, and I have to say this was pretty good. The thinly sliced yet evenly fried potato crisp with sweet and soft scrambled eggs topped with marinated mushrooms proved to be the perfect combination

The octopus was a star of its own. With each piece well executed, marinated and a mild burnt taste on its side, it was one worth ordering

The prawns might be a little salty for some, but I thought it was fine to me. Coated with a beautiful layer of olive oil, you can taste the crunchiness of the prawns with fragrance of the garlic and butter 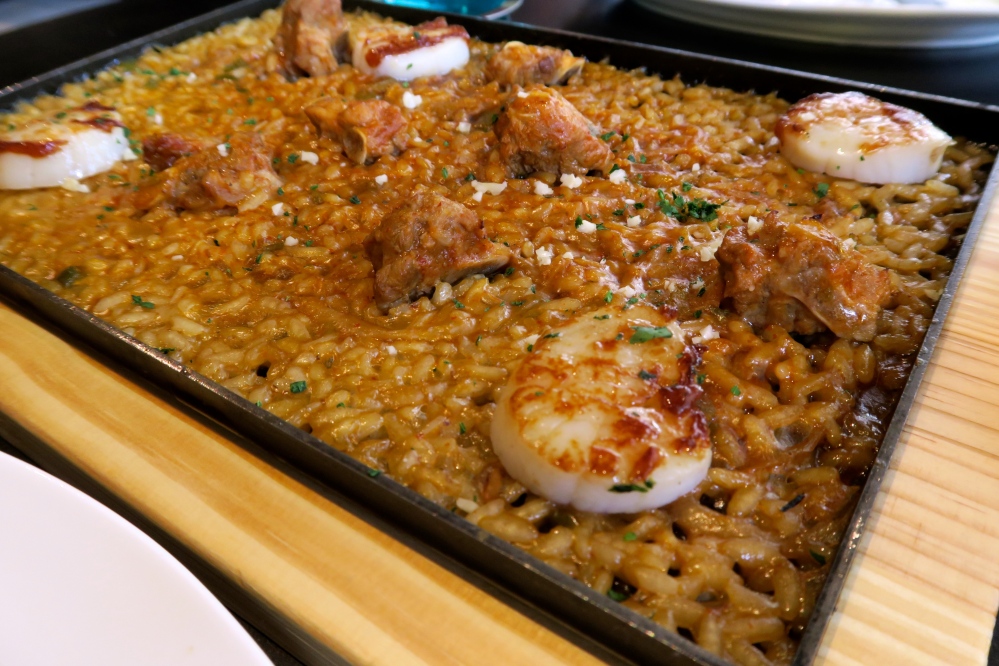 We really really love the rice. I would have preferred if the pork was served without bones, but then again it wouldn’t be called pork ribs in that manner. The ribs were a tad chewy and I was frustrated at some point. Scallops were well cooked, browned with a bouncy texture. But the rice, oh, that rice 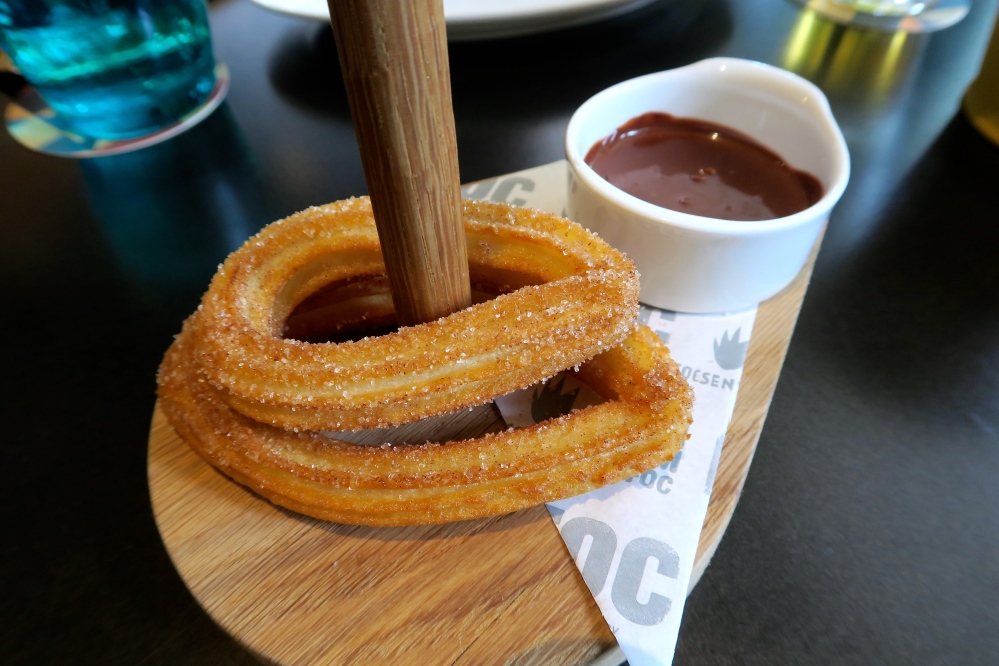 The thing with churros is always a hit or miss. I’m glad Pim Pam serves some decent churros with a well cooked texture, crisp, dusted with some sweet awesomeness

And for those who are looking for some Spanish products, you know where to get them

It was one enjoyable dining experience at Pim Pam, more so because of its attentive service (they even bother to clean the table for you prior to desserts) and awesome food. We were surprised at its sizeable crowd on a weekday lunch, and I think it might get even more crowded during dinner. I think it is one worth dropping by or if perhaps you are craving for some Spanish food