day 8 was pretty short. mainly cos we stayed up pretty late due to clubbing and only reached back at like 5am? HAHAHAH. oops. so yes, we wanted to make it (badly) for the jay chou autograph session (YES THE HIGHLIGHT OF THE DAY!) so me, miss m, jeng and kw went for the session despite our fatigue!

surprisingly, there were alot of stars having autograph session that day. we saw one(really had no idea who. the tent was like super small) and eddie peng, who had quite a few fans and jay chou! whose queue was beyond imagination -.- dont know if they were wise to hold it that day. since they prob cant compare w jay or they hoped ppl who go for jay’s autograph will past by them and listen to them too.

it started from drizzle to no rain to heavy rain! omg. we thought we need to wait for at least a few hours in the rain. but the efficient crew cleared everyone in freaking 2 hours! ohmygoodness. yes, we got jay’s precious autograph and met him face to face! hahahaha. for those in sg who waited more than 2 hours and still cant get his autograph, dont be jealous okay. HAHAHAHAH. okay. i sound so bad. oops.

so we came back to the hotel and wanted to drag them out to shop. but while trying to make ww wake up and after successfully waking him up, the rest of us fell asleep! HAHAHAHAHA. it was hilarious. so yes, few hours later, we went for dinner at some thai place. pretty decent 🙂 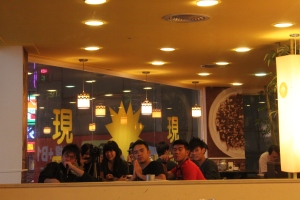 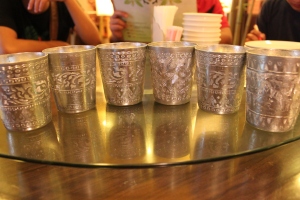 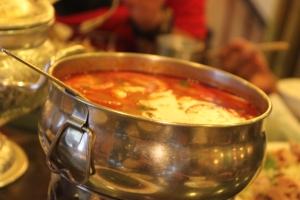 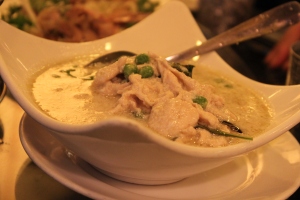 oh yes, we were that hungry hahaha. cos it was raining outside and we were feeling cold and sleepy.

group pic at the thai restaurant!

before wandering around xmd, bought magazines and face masks and finally just decide to htht at the hotel. oh yes, everyone bought face masks and we did it together! hahaha. awesome eh 🙂 and taiwan’s magazine shop really sells an array of magazines from all over the world with free goodies! when i say goodies, they are not like umbrellas or shawl or whatever, they actually give bags! i think we spent quite awhile in the magazine shop. hahaha. just looking at the bags actually. LOL. quite amused.

okays. thats it for a quick and brief day 8!