Hello everybodyy! I’m back from my awesome Japan trip! heh so much love for this place, especially the food and the service which was just amazing. So here’s my travelogue 🙂

Just have to take an ootd at the airport #airportfashion haha don’t mind me. Flew by Scoot cos of the cheap tickets but could barely sleep cos they started serving food with all the lights on. Seriously, who eats at like.. 2-3am?! Oh gosh, some people and their strange habits. Transited at Taipei and soon was on the way to Narita airport 🙂

J bought an onigiri cos we were really hungry for breakfast. Went on to collect our portable wifi and send our baggages to our hotel through the baggage delivery service

There, here’s the place. I highly recommend to use the baggage delivery service if you gonna take the public transport. Cos most of the stations in Tokyo don’t really use lifts/escalators. The chances of you dragging your luggages through the stairs is much higher. The one we used was on the left cos it was ¥3600 for 2 pieces and though the baggages will only arrive the next day, we already packed an overnight bag in advance. Trust me, it’s so much more convenient to just have a small bag with you. Don’t do suicidal stuffs. Well unless if you gonna use the airport limousine bus, then all the points above will be invalid. haha

Here’s the wifi we rented! It’s our life saviour. You can easily get lost in Japan (for sure) without real time navigation. Rented from the company called Pupuru cos all the other companies ran out of stocks (horror) and well, it works out really well. This piece of device is really easy to use. You just press the button there and connect your phone to the wifi with the password and you are ready to rock and roll.

Went on to get our Suica & Nex card located at the basement of the airport. We got the one way cos we gonna take the airport bus on the last day of our trip.

And since we had time to kill before our train arrives, here’s takopachi 😀 The portion here is like bigger, better and so much nicer. haha 😡

A picture to show you how the Narita Airport Express looks like and soon we were on the way to our hotel. We stayed at Park Shiba Hotel located very near Daimon and Onarimon station which I think it was a good hotel with a fantastic location. There are like so many shops nearby I can easily recommend this place for its convenience. And, it’s just 10 minutes (drive) away from Tsukiji market 🙂

The rooms were spacious enough. There was room to walk, sit and put both our big luggages without banging into each other. You get the drift. And free wifi in the hotel!

Generous with their toiletries

This is like.. their public toilet. haha so random and nicely decorated.

A view of Shinjuku. This was taken on the bridge to Times Square Takashimaya.

Lunch was at Katsukura. So our first meal in Japan was tonkatsu!

English menu available upon request. Well actually we didn’t request it, they asked if we wanted English or Japanese menu. haha so well, we took the former.

Warm tofu for appetiser. You can choose to have Japanese pickles or tofu and both of us chose tofu. lol

I don’t remember the one we had in Singapore was this good. The sesame seeds at Katsukura were so fragrant. It was like ohmygod, this is so 香

And since it was Sakura season, most of the restaurants here had some special Sakura dishes specially for the season and we had the Sakura desserts, which in my opinion, was very normal. haha cos firstly, we don’t know how Sakura tasted so there was nothing to judge upon. Anyway, we paid ¥4640 for the whole meal.

We went to roam around the streets of Shinjuku. So pretty the sky here 🙂 and here’s Omoide Yokocho, also known as Piss Alley

Which was like this lor. I personally feel if you are not going there to eat, don’t bother to go.

But here’s a popular ramen place! The people were queuing in a very very small alley. So if you going there and have no idea what to eat, maybe you can try this ramen place!

Went on to get my Addiction cosmetic at Isetan Shinjuku. Buying make up in Japan is like.. having a free makeover.

Tada! 😀 So happyy. The salesman was very funny though and he could speak a little English so we were relieved we don’t have to speak with our hands. haha

We decided to roam Roponggi after that and we walked the entire Roppongi. So tiring =.=

Which was just strange.

We ended up sitting outside their Family mart and eating our ice-cream cos we were just too tired.

We were trying to find the famous Spider monument and we chanced upon this sight.

Seriously, how can anyone not love Japan?

And finally, here’s the spider! 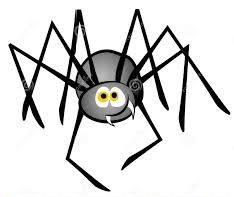 Pretty sure they are about the same..

Went for brunch at Clinton Street Baking Company to try their famous pancakes. It was a gloomy and cold morning cos it kept drizzling. The place opens at 8am but there was already a line when we reached at 7.55am

We waited like half an hour before we were ushered in and took less than 5 minutes to decide what we want to eat. haha #superhungryandsupercold

We thought they only had one level, but there was an upstairs seating

and a hidden room!

And while waiting for the food..

Latte for me, and mocha for her. Coffee was nothing spectacular

Awesome is an understatement. I recommend these pancakes if you are looking for one good pancake place.

So fluffy and light

I have never seen such smooth omelette. LOL

It was really filling. The portion was pretty generous though the omelette pales in comparison to the pancakes. In all, we paid ¥3600

So we proceed to Meiji Shrine after that. We tried to make it there by 10am in hopes there will be a wedding ceremony taking place and it was a longg walk in.

So I just had to do it. hee

Guess which celebrity is here!

It’s the bride and groom! YAY we made it. haha

We walked over to Yoyogi park cos I read somewhere there’s this Rockability gang hanging out every Sunday but I don’t know if it’s the rain or we just didn’t walk deep enough, there was.. nothing. There was a very pretty sight of cherry blossoms though 🙂

Harajuku’s next! Since it’s all within walking distance. We were amused there was a long and snaking queue near the subway exit so being kpo Singaporeans, we decided to see what people are queuing for. And.. they were queuing for Garrett’s popcorn =.=” #likeseriously The rain was getting heavier and by the time we got to Takeshita Street, it was like this.

Full of umbrellas. It was just impossible to walk, and see and buy stuffs so we left and went for tea instead. There was no Harajuku girls either 😦

There’s a Wolfgang Puck Express! But the food doesn’t look that good.

It was so good to be in somewhere dry and drink something warm. So we tried the famous Sadaharu Aoki at Tokyo Midtown and was just happy to stay there for some time

And cos it was so yummy, I hand carried the macarons all the way back to Singapore 😀

Visited Akasuka afterwards and it was just as crowded. We saw a demonstration going on and apparently they were against the gst hike. But it was a rather peaceful demonstration with the police protecting them. They even waved to us. haha

Was walking towards the temple where we saw everyone buying mochi from this stall. So we bought some to try too

And you have to eat infront of the stall. I guess this applies to every other stall along the street as they probably don’t want people to dirty the street.

So pretty to see the cherry blossoms lining the street

Well, if you move the smoke towards you, there is a belief you will be blessed with good health

Clear blue skies and view of the Tokyo sky tree

Got a rice cracker to eat but it was nothing special

Dinner was at Komeraku located at Ark Hills. It’s conveniently located just beside ANA Intercontinental Hotel though the place was so quiet we were doubting if it’s open. Yet when we went into the restaurant, it’s a different story. The restaurant is an ochazuke place or what you called it as Japanese Tea Risotto

The rice was very fragrant and the sesame seeds provided an extra crunch to the rice. You can eat it like this

or mix it with the soup. You’ll be surprised how delicious it is.

And since it was only 7pm, we decided to head over to Shinjuku for desserts. But the horror came when we realised we had to walk 905m to the line. ohmygoodness. The thing about Tokyo subways, firstly they can be pretty confusing. Secondly, the walk from one line to another line can easily lead up to a long walk. Thirdly, even though sometimes we use the same station, we realised there are so many different passage ways to take. #seriouslycangetlost

So we decided to take a photo before walking. The walk took us 40 minutes (sighs) and by the time we reached Shinjuku station, we got lost trying to find the exit. HAHA. So we gave up and walked to Tokyo Metropolitan Building for the free view

Look what we found! A neoprint machine. haha It’s like.. bringing back childhood memories

Cos taking selfie was too mainstream, we decided to take some neoprints for keepsake

Ended the night with ice-cream cos we missed our desserts

This was fairly interesting. It was like eating an ice-cream cake

And so that concludes Day1-2 🙂