We made our reservation online for dining at Field, a one-star Michelin restaurant and one of Prague’s most-talked food scene. Helmed by Chef Radek Kasparek, the menu is seasonal and a combination of fresh ingredients with vibrant flavours. Interior is polished and simple, with long windows that you can take to the view of cars and building outside. We had lunch there, in between touring the Jewish quarters and the restaurant wasn’t very crowded that day. We had the ala carte instead of the tasting menu since the friend doesn’t eat everything. With a glass of Riesling in hand, we were ready to go

Warm bread, always inviting. And the garlic butter was tasty

A delicate stacked dish, not quite what I was expecting. The flavours were packed with a strong punch of acidity on first bite, probably due to the mouthfuls of sour cream. But it slowly smoothes out with with crunch of the crayfish, the broth and the crayfish oil. I thought the dish was okay but perhaps not quite something I would go for again 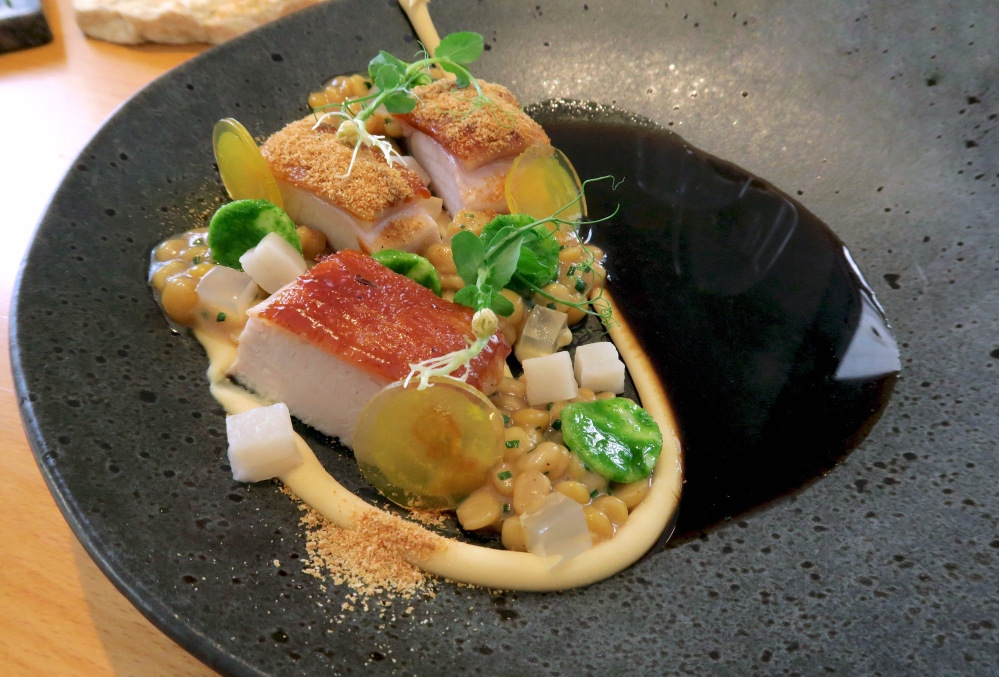 It’s a visually pleasing dish with so much colours. The smoked aroma of the sauce was inviting. The texture of the pork was so smooth I was joking with the friend if you had taken this blindfolded, you would have thought you were having chicken instead. I preferred the skin crispy, Field’s version of suckling pig was very different. Flavours were generally on the heavy side and I thought the sauce became overwhelming towards the end. Love the pickles and the mashed potatoes that provided a different texture to the dish

A dish I would have it again. Love the yoghurt bits and tonka bean icecream which was a combination of sweet and sourish dancing on your palate 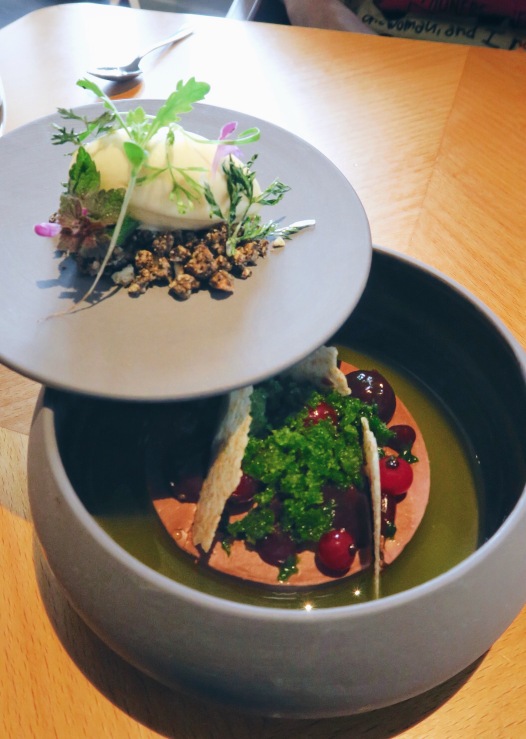 The friend’s dessert came complicated, but I like every element of it. It was a taste of spring, very refreshing and sweet

And I chose to have a cup of coffee to end my meal, which was surprisingly not bad 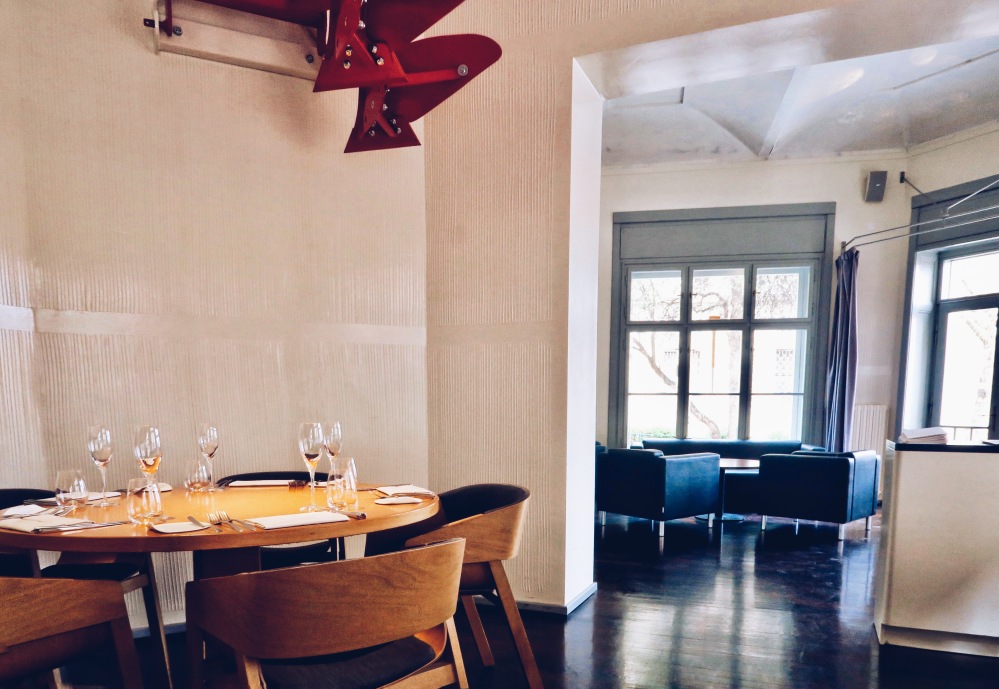 I wouldn’t say the food was exactly to my liking, but the unusual combination does provide some surprises but generally I felt that it fell short of my expectations. Serving refined food with a friendly service (the only place that took care of our coats despite us being foreigners) and a bathroom full of amenities, Field implements creativity in their food in a classy yet casual environment